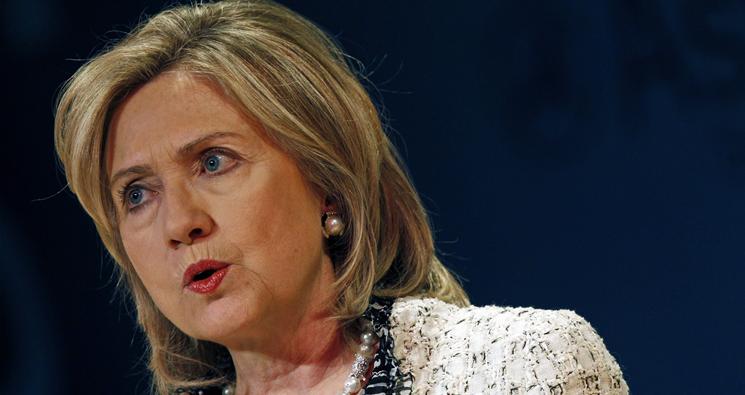 A key Senator is alleging that the Clinton State Department “misled Congress” about the impending danger of Boko Haram and the State Department’s inability (read: unwillingness) to label the radical jihadist group a terrorist organization years ago.

Senator Vitter (LA) has written Secretary of State Kerry a scathing rebuke of the Obama State Department’s long-time refusal to acknowledge that this deadly group engaged in a terrorist killing spree of Christians in Nigeria for years.

Recent evidence suggests Secretary Hillary Clinton and the State Department not only knew of the extent, but also deliberately attempted to obfuscate the issue in order to avoid having to make the designation of Boko Haram as a FTO [(Foreign Terrorist Organization)], including downplaying the State Department's own Country Reports on Terrorism (CRT).

The State Department’s refusal to designate Boko Haram a terrorist organization until November 2013, when its hand was essentially forced, has led to devastating results.

Yet, as the letter alleges, the State Department had statistical data showing the sheer volume and ruthlessness of Boko Haram’s terrorist actions and connection with al Qaeda affiliates in 2011 and 2012 which it withheld from Congress.

In fact, during this same period, we at the ACLJ were raising the alarm about the devastating danger of Boko Haram and its intentional attacks on churches and murder of hundreds of Christians in northern Nigeria.  In 2012, we wrote a letter to the Clinton State Department outlining our own fact finding; yet Secretary Clinton refused to act.

I recently detailed how the State Department’s deadly wishful thinking has allowed this horrific terrorist organization to thrive, unleashing unimaginable death and destruction, primarily on Christians.

As new evidence mounts, it appears to be much more than Obama Administration wishful thinking; it appears to be worse than reckless, a “purposeful” disregard of the deadly facts.  Over the recent weeks we’ve witnessed a blatant uptick in the Obama Administration’s active campaign to appease jihadists, from support for and even secret talks with Hamas terrorists to the disastrous release of the Taliban Five, a dream team of terrorist commanders.  The Administration’s past treatment of Boko Haram seems to be no different.

As a result, Boko Haram is now a leviathan of terror in Africa, indiscriminately kidnapping hundreds of girls, slaughtering dozens of little boys in their sleep, and most recently luring Christians to a worship service with fake “preachers” before gunning them down.

Boko Haram is evil personified.  In the face of that evil, the Obama-Clinton State Department was silent, or worse yet, intentionally deceptive.

As Dietrich Bonhoeffer said: “Silence in the face of evil is itself evil: God will not hold us guiltless. Not to speak is to speak. Not to act is to act.”

We’re not going to be silent, and at the ACLJ, we’re demanding that the Obama State Department stop making deals with jihadists.  Add your name to our petition here.

This article is crosspoted on Red State.