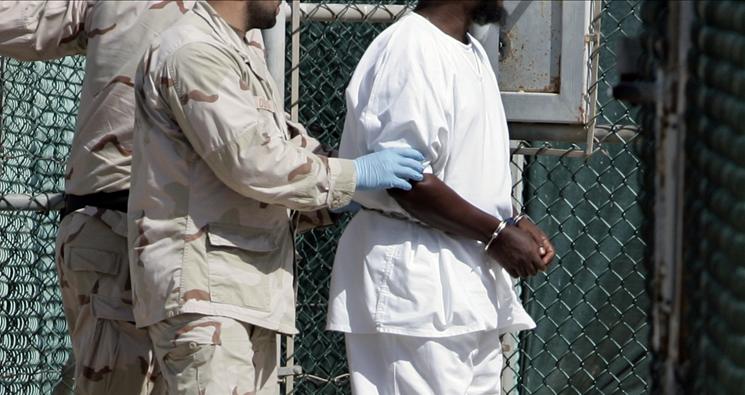 Keep Terrorists OUT of Civilian Courts

Keep Terrorists OUT of Civilian Courts

President Obamas Administration has been pushing to bring the worst of the worst the terrorists responsible for the 9/11 tragedy to American soil to stand trial. Whats worse, they were planning to take them out of the military justice system and try them in CIVILIAN courts IN NEW YORK CITY a dangerous move that would put our war on terrorism in jeopardy.

Now, responding to a growing chorus of opposition from Congress and others, the President has ordered the Department of Justice to look into alternative venues for these proceedings. The fact is, President Obama needs to do more than change the location of these trials. He needs to keep terrorists in the military justice system. We MUST speak out and make our voices heard TERRORISTS MUST NOT BE TRIED IN CIVILIAN COURTS NOT IN NEW YORK, NOT IN ANY CIVILIAN VENUE.

Stand with the American Center for Law and Justice and support a bill introduced by Rep. Tiahrt and Sen. Graham S. 2977 to keep the terrorists OUT of civilian courts. Please read the form below carefully and declare your membership with the ACLJ by adding your name to our Petition to Keep Terrorists Out of Civilian Courts.

PETITION TO KEEP TERRORISTS
OUT OF CIVILIAN COURTS

The President of the United States, Barack Obama
[[OFFICIALS]]

I am deeply concerned, even outraged, by the dangerous decision to bring the terrorists responsible for the tragedy of 9/11 to United States soil to stand trial. Whats even more disconcerting is any plan to try these terrorists in federal court; a move that many believe will put our war on terrorism in serious jeopardy.

Moving terrorists to civilian courts will empower terrorists with rights afforded only to U.S. citizens. Worse still, such an offensive move would place our intelligence gathering techniques at risk and offer terrorists a platform to spew hate and incite even more violence.

Terrorists have no business being tried in Americas civilian courts. I strongly oppose this dangerous move and fully lend my support to legislation keeping enemy combatants out of civilian court and in the capable military system where they belong. Since you are my elected official, I respectfully urge you to do the same.