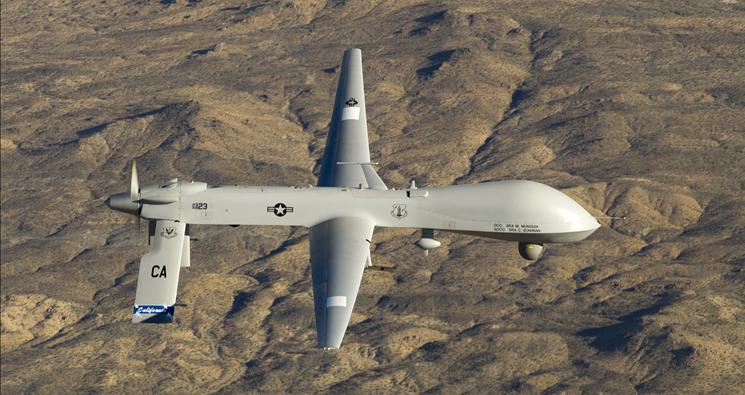 The Inherent Difficulty of the Drone Debate

Inherent Difficulty of the Drone Debate

The drone war — even if one accepts the inflated civilian casualty claims bandied about by critics — is the most precise aerial bombing campaign in world history. If it is unlawful and “indiscriminate,” then there is no such thing as a lawful airstrike the instant that terrorist militias hide among civilians (which is exactly where they hide). The targeting process itself is painstaking, deliberate, and subject to multiple layers of legal review. The weapons (mostly Hellfire missiles) launched from drones are not “dumb bombs” but guided munitions that, frankly, do not do wide-area damage (if you don’t believe me, compare the effect of a Hellfire strike with the effect of a typical JDAM bomb strike). If our attacks were truly “indiscriminate,” then the casualty count would be exponentially higher.

To these claims about the precision and care of the drone war, the critic says, quite logically and reasonably, “Prove it. Show me the legal reviews; show me the targeting process; show me the care that you take to avoid civilian casualties.”

But we can’t. It’s virtually all classified — and the truly important information has to remain classified. Targeting is based upon knowledge and procedures that cannot be disclosed because their disclosure would inevitably result in near-instant changes in enemy tactics and behavior. In other words, there are American vets, intelligence officers, and active-duty military reading “learned” commentary about our drone war — like other aspects of the War on Terror — who are grinding their teeth in impotent rage at the misinformation that floods our national debate. False statement after false statement fills the airwaves, but they are statements that can’t be lawfully rebutted.

(As an aside, it is nothing short of maddening that the administration itself was so reckless with its secrets in the run-up to the election — the rest of us hardly have the freedom to “leak” when we see fit.)

Some of us know and have personally experienced the fearful human toll — in American lives and in civilian Iraqi and Afghan lives — that results from our own caution and timid rules of engagement. Yet now some Americans call for even more legal oversight? As someone who has done legal reviews of pre-planned targets, advised the command on targets of opportunity, and assisted in crafting the targeting rules themselves in our local area of operations, I know that injecting civilian legal review for certain classes of targets would introduce mind-numbing procedural and legal complexity, impair the authority of the constitutional chain of command, and, most important, cost even more American lives.

Perhaps soon the pace of operations will decrease to the point where we can begin to declassify critical information. Until that time, however, this vital public debate is conducted with the most knowledgeable voices largely silent — and they will likely remain silent because the very act of speaking will not only break the law but aid the enemy.