Does the Sight of a Cross in a Museum Give You Indigestion? | American Center for Law and Justice
Search  |  Logout  |  Login  |  Register 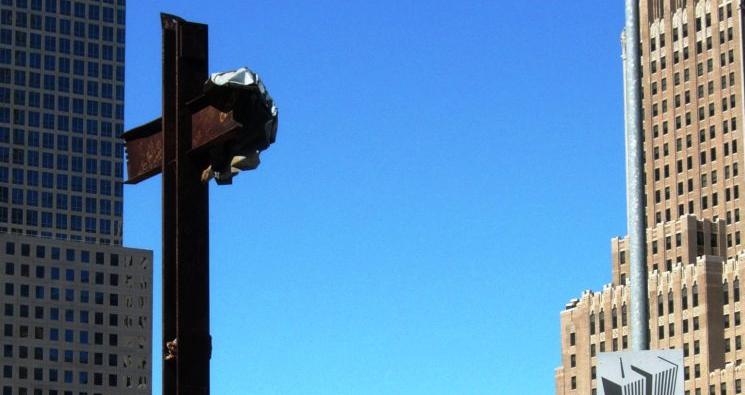 Does the Sight of a Cross in a Museum Give You Indigestion?

One of the most remarkable aspects of American Atheists’ lawsuit to remove the World Trade Center Cross from the September 11 Memorial and Museum is their allegation that the Cross has actually made the plaintiffs physically ill:

The plaintiffs, and each of them, have suffered, are suffering, and will continue to suffer damages, both physical and emotional, from the existence of the challenged cross. Named plaintiffs have suffered, inter alia, dyspepsia, symptoms of depression, headaches, anxiety, and mental pain and anguish from the knowledge that they are made to feel officially excluded from the ranks of citizens who were directly injured by the 9/11 attack and the lack of acknowledgement of the more than 1,000 non- Christian individuals who were killed at the World Trade Center.

These allegations are of course absurd. Will a court actually take action because the mere sight of a cross makes an especially sensitive atheist feel a rumble in his stomach? Interestingly enough, however, these allegations — as crazy as they seem — are actually the result of a modest amount of legal progress.

For decades plaintiffs launched lawsuits merely because they were “offended observers” of public religious displays. In other words, they could make a federal case out of their hurt feelings. Similarly, Establishment Clause plaintiffs enjoyed forms of “taxpayer standing” to challenge the use of their tax dollars for religious displays. Both doctrines are highly unusual. We as citizens don’t generally enjoy a right not to be offended nor do we enjoy a right to challenge the allocations of our tax dollars. Why did Establishment Clause plaintiffs enjoy special rights? Why were non-coercive religious displays uniquely vulnerable to legal attack?

Now all that is changing. Establishment Clause standing doctrine is gradually falling in line with traditional standing rules; so American Atheists has upped the ante. They’re claiming actual, legally-recognizablephysical injury from the sight of the Cross (a position no doubt endorsed by the vampire lobby). I have a hard time believing a court will take such claims seriously.

At the ACLJ, we’ll be defending the World Trade Center Cross, representing a coalition of first responders and family members of victims. It is simply a fact that the Cross — formed by molten steel — provided comfort to large numbers of heroes who worked on “the pile” in the aftermath of 9/11, symbolizing hope in the face hopelessness and life in a place of death. Its inclusion in the September 11 Memorial and Museum appropriately reflects the Cross’s historical and profoundly meaningful role in helping us heal after one of America’s darkest moments.