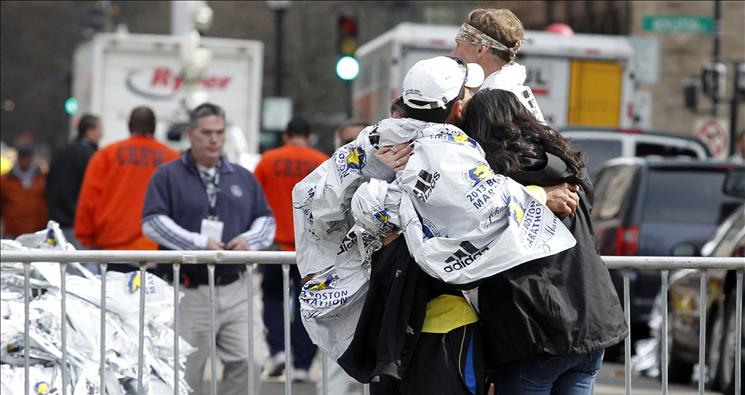 Before I go any further, let me clearly state that my comments are based in part upon current news reporting, and — as recent events have proven — contemporary news reports are notoriously unreliable. I’m writing this post under the assumption that the suspects are, in fact, from Chechnya or from nearby Chechnya. A few quick observations:

1. Chechen terrorists have a record of unbelievable savagery, and when I heard the suspects were Chechen, a chill went down my spine. They have bombed apartment buildings, shopping arcades, parades, government buildings, and participated in the Beslan school massacre, an event so horrific that had it happened here it would have rivaled 9/11 in its imprint on the national soul.

2. They have exported that savagery to Iraq and Afghanistan, where many of us have direct, first-hand experience with the capabilities and motivations of Chechen terrorists. Chechens (and others from the region) affiliated with al Qaeda have fought Americans in both countries, and they were among the most deadly of our foes: committed to the cause, intelligent, and without a hint of conscience. The firefight last night — complete (if reports are to be believed) with the use of explosive devices — gave me an eery sense of deja vu. The police and FBI should assume that the remaining suspect is wearing a suicide vest. He may not be, but many American vets have bitter experience with Chechen and other terrorists who would kill as many people as they could in an effort to escape, then — when cornered — draw in friendly forces just before a final suicide attack.

3. We have to hope that the suspects were merely inspired from a distance to commit terrorist acts, and they were not part of an intentionally-recruited and planned Chechen terror cell. Because they come from Russia, a Chechen terrorist is more likely to easily assimilate within a western country and is less likely to stand out – in dress, manner, or otherwise. In a country where the majority of citizens are white and westernized, it’s easier to blend in when you are white and westernized. That’s a simple fact.