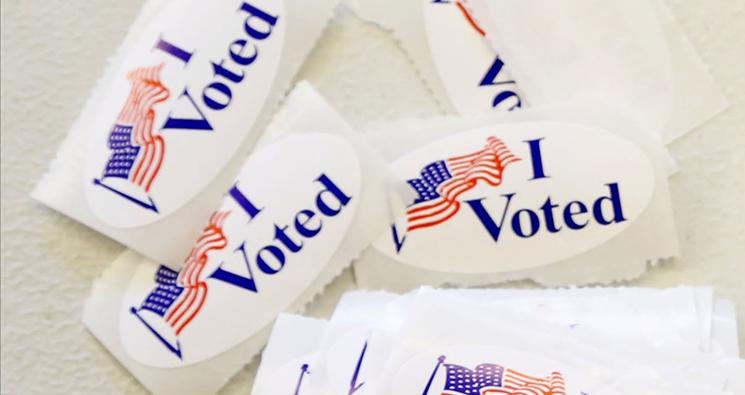 A recent business trip got me thinking about those on the Left who oppose the movement by States to increase the security of elections by requiring people to produce photo identification (“ID”), generally a driver license or government-issued identification card, although there are other forms of permitted ID, before they can vote. As this is an election year, this issue is back in the news.

The more I thought about it I realized that, even when you are not traveling, you need an ID in this country for everyday events such as cashing checks, getting a loan from a pawn shop, obtaining a library card, and, depending on how old you are or how young you look, buying cigarettes and alcohol.

Yet, despite the frequent need in everyday life for Americans to display an ID, those on the Left oppose it when it comes to casting a vote. Their main claim is that it disenfranchises the poor, in particular, because obtaining an ID is a burden that discourages voting. In this claim, the Left seems to focus on obtaining driver licenses, rather than government issued photo IDs. Granted, not everyone drives so not everyone wants or needs a driver license, but that is no reason not to obtain a photo ID.

Unlike getting a driver license, you do not need to take a test to get a photo ID. All fifty States and the District of Columbia offer them to their residents who do not have driver licenses. As a general rule, to obtain a photo ID you need to provide proof of residency/citizenship and your Social Security number. There are organizations to help the poor, specifically, with the process.

Moreover, obtaining a photo ID is not expensive. For example, the State of Maine charges $5.00, the State of Pennsylvania charges $13.50, and the State of Michigan provides them for free to senior citizens and to the blind.

Thus, the Left’s main reason for opposing voter ID laws is an exaggeration. Obtaining a photo ID is not an undue burden and is actually not something out of reach for those Americans interested in voting. Since voting generally takes place every two years, there is adequate time to obtain a photo ID before it is needed at a polling place. And, if those on the Left are concerned that some have a difficult time obtaining photo IDs, they should help them gather the necessary documentation and help them obtain the ID, just as they assist people in other areas of need.

So what’s the real reason behind the Left’s opposition to voter ID laws? Undermining America’s electoral process is something those on the Left know how to do since it advances their agenda. They do not want laws to prevent this activity. Breaking a law has consequences.

For instance, ACORN (a well-known national organization whose efforts primarily benefited Democrats) was convicted last year of voter fraud in Nevada. Two years ago ACORN settled a lawsuit in Ohio, where ACORN had been sued for engaging in a widespread pattern of corruption by submitting false voter registrations. As part of the settlement, ACORN agreed to give up its business licenses in Ohio and cease all activity in that State. Because of its various scandals, ACORN has disbanded nationwide.

Requiring a form of photo ID is a reasonable way to ensure fairer elections. Without it, there is no guarantee of the identity of the voter, and voter fraud becomes easier to accomplish. All you need to do is vote for yourself at your polling place. You then go to a different polling place and vote on behalf of someone who recently died. All the information you need to obtain their ballot (name, address, date of birth) can be found in their obituary and in a phone book. In fact, the State of Florida recently discovered 53,000 dead voters who were still registered to vote. Of course, voter impersonation is a criminal offense; so do not do it. Last year a NAACP leader in Mississippi was convicted of a voter fraud scheme, including voting in the names of dead people.

The ease of voting under someone else’s name was recently illustrated in a video of a man who went to the polling place where United States Attorney General Eric Holder is registered to vote. The man, who looks nothing like Holder, gave the poll worker Holder’s name and address. The man asked whether he needed to show his ID. The poll worker said no and was about to allow the man to vote as Eric Holder when the man left the polling place saying he would feel better if he went and got his ID. (Holder opposes voter ID laws; he claims, as do many on the Left, that there is no problem with voter fraud in this country, despite the evidence to the contrary.)

The strength of our republic rests on an electoral system that is free from fraud and corruption. An ID requirement is a simple and necessary measure to achieving that strength. Those on the Left, however, oppose it, despite the ease with which people can obtain photo IDs, the frequent need to show identification, and the recent examples of voter fraud. As with many things in life, when someone opposes a commonsense solution to a problem the reason is because the problem benefits their interests. Luckily, there are those who are working to ensure fair elections, despite the opposition from the Left. That is a good thing for voter fraud ultimately redounds to no one’s benefit, no matter one’s political preference or persuasion.