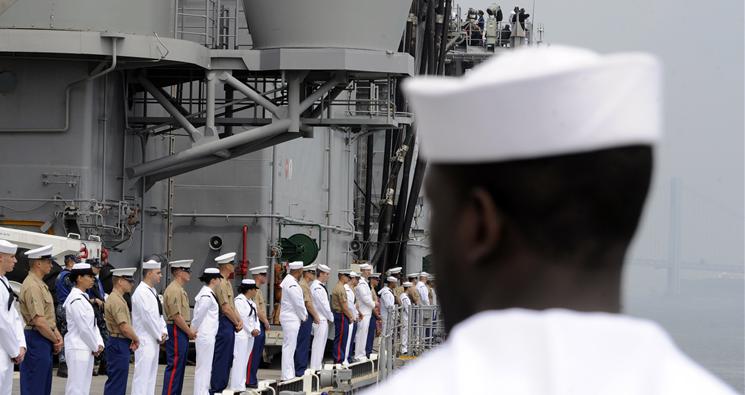 President Obama, the Commander-in-Chief, has filed a lawsuit to prevent the men and women of our military from having every opportunity to vote this election.

As outrageous as it sounds, this is exactly what has happened. President Obama’s re-election campaign has filed a lawsuit in federal court to block a law allowing members of our armed forces a few extra days to cast their ballots before Election Day.

This law does not extend their voting rights past election day; it only grants those who are risking their lives to ensure our rights are protected – including our most precious right to choose our elected leaders – a few extra days during early voting to cast their ballot before Election Day.

The Ohio state law allows military personnel to vote early, in-person up until the day before the election.

President Obama’s campaign manager said that this law allowing our military every opportunity to cast their ballot was “arbitrary.”

There is nothing “arbitrary” about Ohio’s voting law. According to reports, the state’s law had previously allowed each local election board discretion in setting its own early voting rules. This created a patchwork voting system and an unlevel playing field. The new law provides uniformity to the system so that military personnel statewide have the right to cast their ballot in-person up until the day before the election.

In most cases, members of the military are already granted an extension of time to send in their absentee ballots. The law President Obama’s political campaign is challenging merely extends this practice to in-person early voting.

As Ohio’s Attorney General notes in its brief defending military voting rights, Congress “has continued to recognize that because of the unique circumstances that apply, many military members and their families should be given particular consideration in the manner in which they can request, receive, cast and return absentee ballots.”

President Obama’s argument that there is “no legitimate justification” for granting military members particular consideration in ensuring their right to vote is legally incorrect. State and federal law already treats military and non-military differently to combat the unique challenges faced by those who have volunteered their lives in service to their country.

Should military personnel be given a last minute assignment or called to report to a location far from their home, they should have every opportunity to vote.

At least 15 military and veterans groups have intervened in the suit arguing that “[e]fforts to facilitate and maximize military voting should be welcomed, not viewed with constitutional suspicion.”

President Obama’s lawsuit is a blatant political attack on the ability of the men and women of our armed forces to have every opportunity to vote. The Commander-in-Chief should be fighting for the rights of our brave men and women, not seeking to inhibit them.