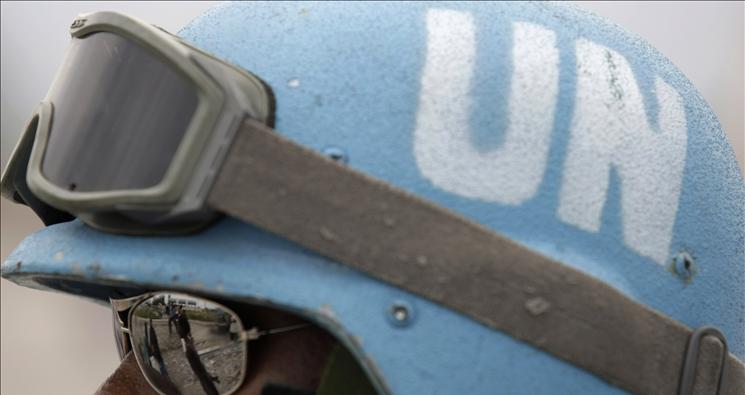 Keep UN Monitors Out of US Election

It's an election issue that's been under the radar. Not much attention has been given to what can only be described as a troubling attempt to intimidate voters and poll works on Election Day.

A United Nations-affiliated group called the Organization for Security and Cooperation in Europe (OSCE) has announced it is sending dozens of monitors from around the world to monitor the Presidential and Congressional elections in the United States.

That's right. The United Nations will have people looking over the shoulder of poll workers and voters as they go to the polls next week.

If that's not disturbing enough, consider the fact that many liberal organizations are actually encouraging this group to set-up shop and monitor the election in key swing states like Pennsylvania, Ohio, Florida, Texas and Wisconsin - states that could determine the outcome of the Presidential race.

Texas Attorney General Greg Abbott quickly put this international group on notice warning that "groups and individuals from outside the United States are not allowed to influence or interfere with the election process in Texas." He was even more direct with a promise to criminally prosecute those U.N. "monitors" who come within 100 feet of a polling place.

And, now officials in Iowa are taking action as well. They are warning these so-called election "monitors" to comply with Iowa state law - don't come within 300 feet of a polling place’s entrance - or face arrest. "Iowa law is very specific about who is permitted at polling places, and there is no exception for members of this group," said Iowa Secretary of State Matt Schultz.

We applaud Texas and Iowa for their efforts to reject this intimidation tactic. It's absolutely appropriate to put these "monitors" on notice: they are not above the law - and they will face arrest and prosecution if state election laws are violated.

What's astonishing is the fact that this U.N. organization is actually offended by the promise to enforce state election laws. The head of that group called "the threat of criminal sanctions" against their observers "unacceptable" and actually claimed the United States has an "obligation" to invite these observers in to monitor the election.

The fact is this U.N. organization has no business monitoring the U.S. election. Period.

We're urging every state Attorney General in America to follow the lead of Texas and Iowa: tell this international group they are not welcomed at our polling places and that if they don't respect election law, they will face the legal consequences. Add your name now to our Petition to Stop U.N. Monitors and Voter Intimidation.