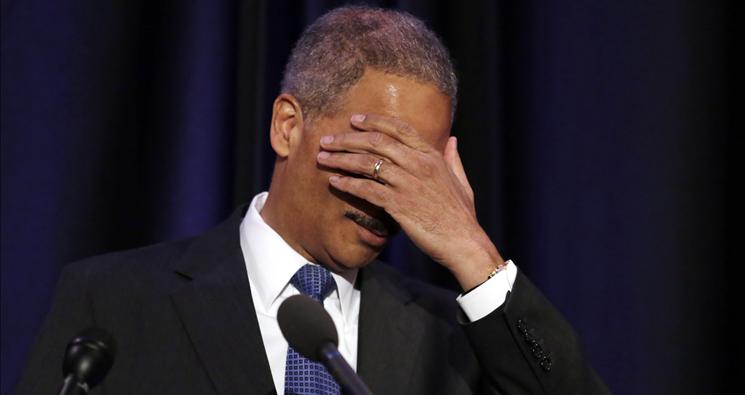 Embroiled for years in some of the most divisive scandals we’ve seen in decades, his resignation is a welcome sign of change in the Attorney General’s office.

Attorney General Holder has been tasked with the responsibility of getting to the bottom of numerous critical governmental failures, from Fast & Furious to Benghazi to the IRS targeting scandal.

Instead of thorough investigations, instead of seeking justice for the American people, Attorney General Holder turned the Justice Department into a political war room.

Each investigation can only be described as bogus. Attorney General Holder has served as President Obama’s stonewaller-in-chief. That must change.

With a new Attorney General comes the need for renewed transparency. The American people deserve a Department of Justice that is just and apolitical – one that will faithfully seek to uphold the Constitution and the laws of the land and expose true governmental corruption.

From Day One of this Administration we haven’t seen that. Now, with a change at the top, with a new chief law enforcement officer, the American people expect to see that change.

I won’t hold my breath, but I along with many Americans will hold his feet to the fire. A new Attorney General must bring new assurances that each of these real scandals will receive a real investigation.

Regardless, we’ll keep aggressively fighting for those unjustly targeted by the IRS with our lawsuit on behalf of 41 conservative and pro-life organizations from 22 states. We’ll demand the truth, expose corruption, and hold those responsible accountable. We’ll seek justice.