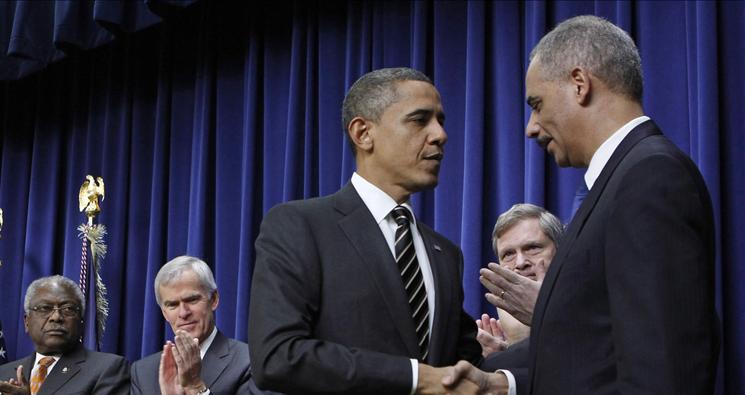 Attorney General Holder’s Justice Department has provided false and misleading information to Congress in the Fast and Furious investigation. A U.S. Border Patrol agent died and many more innocent lives were lost due to our government’s illegal actions.

After a year of stonewalling and claiming that the White House was not involved, they claimed Executive Privilege. This means either they have not been telling the truth about White House involvement or it’s another Obama power grab. Enough is enough; join our call for Attorney General Holder to resign.

The nation deserves a chief law enforcement officer who is dedicated to upholding the rule of law and the Constitution--not playing politics. It's time to make a change. It's time for the Attorney General to resign.