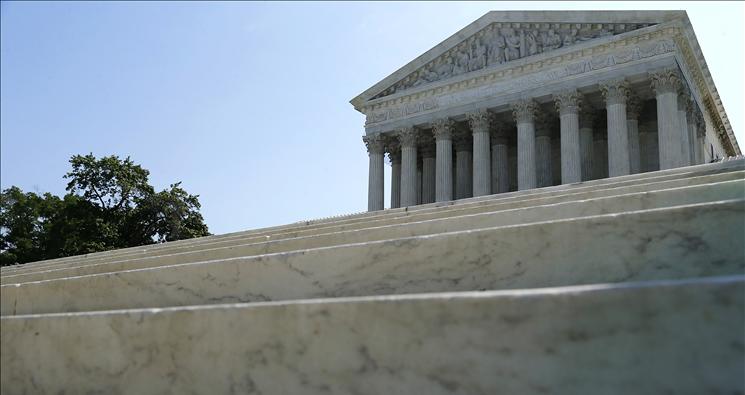 A Day of Victory at the Supreme Court

A Day of Victory at the Supreme Court

This morning, the Supreme Court announced two unanimous decisions, both of them defeats for the Obama Administration and victories for the Constitution.

In the first, Canning v. NLRB, the Supreme Court struck down President Obama’s “recess appointments” to the powerful National Labor Relations Board. The question was simple: Was the Senate in recess or in session when it was in a so-called “pro forma” session. The Supreme Court’s conclusion was sensible:

In our view, however, the pro forma sessions count as sessions, not as periods of recess. We hold that, for purposes of the Recess Appointments Clause, the Senate is in session when it says it is, provided that, under its own rules, it retains the capacity to transact Senate business. The Senate met that standard here.

We represented the Speaker of the House, John Boehner, in the case, filing a brief on his behalf. The case represented a key victory for the Speaker and the House itself, since the House has a high degree of control over even the Senate’s schedule.

The bottom line is simple: The President will not be able to circumvent the Senate’s “advise and consent” through recess appointments without the consent of both houses of Congress.

Today is a good day for the separation of powers.

It is also a good day for free speech and the pro-life movement.

In the day’s second decision, McCullen v. Coakley, the Court struck down Massachusetts’ buffer zone law, a law that prohibited any person within a 35-foot radius of an abortion clinic entrance or driveway from approaching another person “for the purpose of passing a leaflet or handbill to, displaying a sign to, or engaging in oral protest, education, or counseling with such other person.”

Justice Roberts wrote the opinion for the Court, and once again the Court’s reasoning was sensible and constitutionally sound:

Petitioners wish to converse with their fellow citizens about an important subject on the public streets and sidewalks—sites that have hosted discussions about the issues of the day throughout history. Respondents assert undeniably significant interests in maintaining public safety on those same streets and sidewalks, as well as in preserving access to adjacent healthcare facilities. But here the Commonwealth has pursued those interests by the extreme step of closing a substantial portion of a traditional public forum to all speakers. It has done so without seriously addressing the problem through alternatives that leave the forum open for its time-honored purposes. The Commonwealth may not do that consistent with the First Amendment.

The ACLJ filed an amicus brief in support of Eleanor McCullen’s free speech rights while the Obama Administration supported censorship.

This case is a watershed in the movement to undo the infamous “abortion distortion,” the judicial distortion in free-speech jurisprudence that effectively denies full free speech rights to the pro-life movement. At the ACLJ we have a decades-long history of battling for pro-life free speech at the Supreme Court, and today’s victory sends an important message.

The Obama Administration and pro-abortion state governments are on notice: pro-life speech is free speech, fully protected by the First Amendment. The pro-life movement is now more free to take its life-saving message to the people who need to hear it the most.