Will the UN Criminalize the Pro-Life Movement as “Torture”? | American Center for Law and Justice 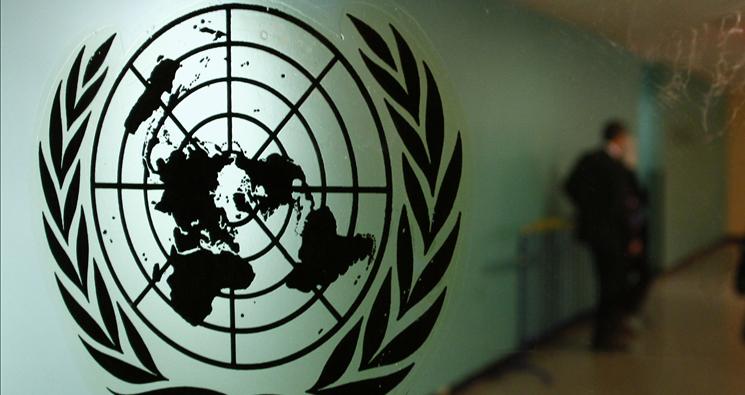 Will the UN Criminalize the Pro-Life Movement as “Torture”?

This move is part of a broader push by the radical abortion lobby to essentially criminalize the pro-life movement.

The Center for Reproductive Rights (CRR) – an extremist international abortion syndicate that is spearheading the anti-life push – sent a letter last month to the U.N. body on torture claiming that Church leaders in the pro-life movement have “perpetuated torture” by taking a stand against abortion.

In a deadly irony, an organization that promotes the indiscriminant slaughter of defenseless babies is urging the U.N. to view those who promote life as committing torture.

While specifically aimed at the Catholic Church, the vile assertions could affect all Christians and the pro-life movement as a whole.  The abortion lobby specifically alleges that church leaders have “contributed to torture and ill-treatment perpetuated by other states by negatively interfering with the development of state policy on abortion, in violation of its obligations under Articles 1, 2, and 16.”

In other words, they are claiming that anyone, especially Christians, who promotes pro-life policies is guilty of “torture” under the U.N. Convention against Torture.

Article I of that international treaty provides:

For the purposes of this Convention, the term "torture" means any act by which severe pain or suffering, whether physical or mental, is intentionally inflicted on a person for such purposes as obtaining from him or a third person information or a confession, punishing him for an act he or a third person has committed or is suspected of having committed, or intimidating or coercing him or a third person, or for any reason based on discrimination of any kind, when such pain or suffering is inflicted by or at the instigation of or with the consent or acquiescence of a public official or other person acting in an official capacity.

If anything, that sounds like more of a fitting description of committing abortion – the killing of an innocent unborn human being.  We should be preventing abortion, not labeling those who promote life as torturers.

There is nothing humane about the process of abortion (described in painstaking detail by the Supreme Court itself).

If anyone is promoting torture, it’s not the Church; it’s the abortion industry.  But in this backwards world where up is down and down is up, abortion is a “fundamental human right” and pro-life speech is promoting “torture.”

The worse part is that members of the U.N. Committee Against Torture seem to be going right along with the extremist abortion position.  In fact, according to reports, the U.N. committee’s “Vice Chairperson Felice Gaer, an American, . . . repeated verbatim some language that had been in a letter the CRR had sent to the committee on April 11.”

The reality is this isn’t just a U.N. matter.  If pro-abortion radicals are successful in getting pro-life speech and legislation labeled “torture” in international law, don’t be fooled.  It will trickle its way into U.S. courts.

The Center for Reproductive Rights is already preparing for a constitutional showdown, asserting that “religious freedom does not trump” its redefinition of “torture.”

If the pro-life movement is silent now, it may be silenced permanently.

At the ACLJ, we’re working directly at the U.N. to fight back against this outrage.  Not only would this negatively impact our pro-life work here in the U.S. but would be a major setback for our numerous affiliated organizations worldwide.

We’re fighting back, but the U.N. must hear from the pro-life community loud and clear.  We won’t stand idly by and allow these defamatory and dangerous assertions to go unchallenged.  Join us at the U.N. by signing our petition to stop the U.N. from criminalizing the pro-life movement.