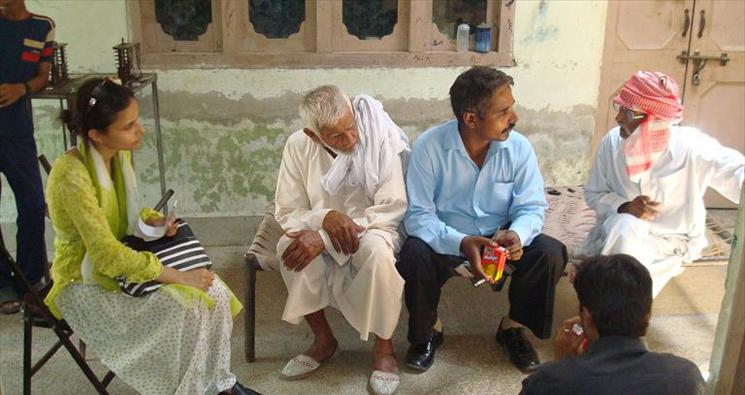 The ECLJ is pleased to inform you that our affiliate, Organization for Legal Aid (OLA), in Pakistan has successfully achieved the acquittal of two Christian Pakistanis falsely accused of murdering a Muslim. Without our OLA’s assistance over a period of about four years, the Christians would have faced jail sentences for a crime they did not commit.

David Emanuel, a Christian, began renting a house to Shaheen Kausar, a Muslim, in 1998. In 1999, Shaheen fabricated an agreement, claiming she had purchased the property from Emanuel. Emanuel won the resulting case at the trial and appellate levels, but was unable to obtain his property from Shaheen.

After the bail was granted, Shaheen filed a private complaint (allowed under Pakistani law) against Emanuel and his sons. Again based on the investigation report, the judge dismissed her complaint in November 2009. Following her initial defeat, Shaheen amended her complaint, and a higher court remanded the case so that it could proceed to trial. The case continued on, and in November 2011, Emanuel (who was 75 years old when he was first accused of murder) passed away.

In October 2013, however, Shaheen, anticipating her eventual defeat and losing the property as well, began to seek a compromise with Emanuel’s sons. Qisas (restitution) and Diyat (blood money) laws of Pakistan allow relatives of murder victims to settle with those who committed the murder. Under the diyat law, the victim’s family may accept compensation (or blood money) from the wrongdoer in lieu of imposing actual punishment. Though innocent, Emanuel’s sons believed it best to accept Shaheen’s offer to settle and end the years long legal battle. Accordingly, they agreed that if Shaheen would withdraw her case against them, they would sell their father’s home to Shaheen for half of its value.

In Pakistan, false criminal accusations, such as this, are commonplace and serve as a form of persecution and a tool to settle personal vendetta or property disputes. False blasphemy, murder, and theft charges are filed every day through simple accusations by private individuals. Because most Christians are poor and cannot afford to fight long legal battles, they give up their rights, properties, and even liberty, and end up in prison under false charges.

Our affiliate, the OLA, began representing Emanuel and his sons in July 2009 and continued to aid them until they were exonerated.  Because of OLA’s intervention, they obtained bail and were not forced to remain in jail over the past four years. Moreover, OLA’s continued representation led Shaheen to withdraw her complaint, allowing Emanuel’s two sons to be safe from further accusations or punishment for a crime they did not commit.

Shaheryar Gill is Associate Counsel with the European Centre for Law and Justice (ECLJ) and oversees ECLJ’s affiliate in Pakistan.