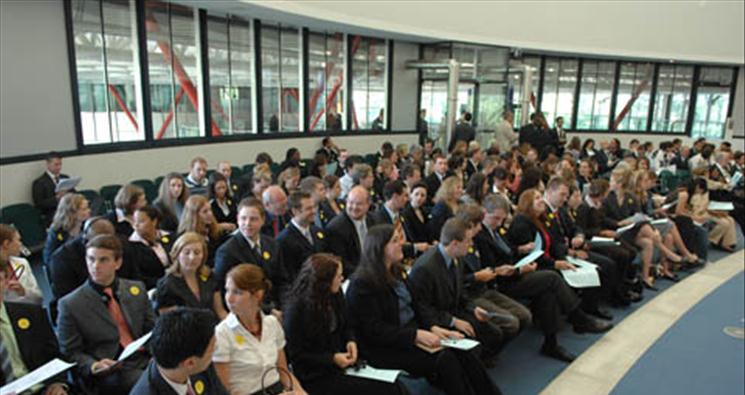 In the past week, the ACLJ’s international affiliates have won two major victories for religious liberty at the European Court of Human Rights (ECHR).

First, our international affiliate in Russia, the Slavic Centre for Law and Justice (SCLJ), won a major victory reversing the government shutdown of a church and children’s Sunday school.

Government officials in Russia filed an action to dissolve the Biblical Centre of the Evangelical (Pentecostal) Christians of the Chuvash Republic.  It charged that the church did not have the appropriate state license to engage in religious education and that its Sunday school classes were not appropriately equipped to teach children.  Russian agents engaged in an invasive search of the premises, and despite finding no major violation of Russian law, prosecutors took the extreme step to try to shut the church down completely, basing its prosecution on a lack of comfortable seating and other minor issues.

On August 3, 2007, the Supreme Court of the Chuvash Republic ruled that the church must be stripped of its legal entity status as a religious organization and struck off the Unified Register of Legal Entities on the grounds that the church, which is not an educational establishment, was engaging in educational activities without an appropriate license. The court found that this was a grave and recurrent breach of the law.  Later that year, the Supreme Court of Russia upheld that ruling shutting down the church and forcing it to immediately close its doors.

The SCLJ filed an appeal to the European Court of Human Rights on behalf of the church in 2008. Relying in particular on Article 9 (freedom of thought, conscience, and religion), interpreted in the light of Article 11 (freedom of assembly and association), of the European Convention, the SCLJ petitioned the ECHR to reinstate the church, uphold its religious liberty, and end the restriction on its right to teach its followers.

Thankfully the ECHR agreed with the SCLJ’s arguments and upheld this Church’s religious liberty in the case Biblical Centre of the Chuvash Republic v. Russia (no. 33203/08).

The issue of governments attempting to shut down churches, using any means necessary to silence the Gospel, has become a rampant problem throughout former soviet block nations.  Hopefully, the ECHR’s ruling will have a dramatic impact in stopping this practice of persecution.

Second, one of our other globally affiliated organizations, the European Centre for Law and Justice (ECLJ), also helped achieve a major victory for religious liberty before the ECHR.

The case involved an issue that we have been heavily involved in here in the United States: church autonomy.  Churches must have the right to hire and fire their own staff in accordance with their religious beliefs.

That was the precise issue that was recently brought before the ECHR.  The ECLJ joined the case as a third party intervenor representing the Spanish Conference of Bishops.  The case, Fernández Martínez v. Spain, concerned the Catholic Church’s decision not to renew the teaching contract of a priest who had, as the Court stated, “publicly displayed his active commitment to a movement opposing Church doctrine.”

The ECLJ’s defended the Catholic Church’s right not to employ  religious teachers who took  positions opposing the Church’s own teachings.  Thankfully the Grand Chamber of the European Court of Human Rights agreed with our position and upheld the religious liberty of churches.

In a release, the ECHR explained its decision this way:

In the Court’s view, it was not unreasonable for the Church to expect particular loyalty of religious education teachers, since they could be regarded as its representatives. Any divergence between the ideas to be taught and the personal beliefs of a teacher could raise a problem of credibility when that teacher actively challenged those ideas.

The ECHR’s decision upholding religious freedom and church autonomy provides a powerfully persuasive precedent as the issue of church autonomy is considered in courts around the world.