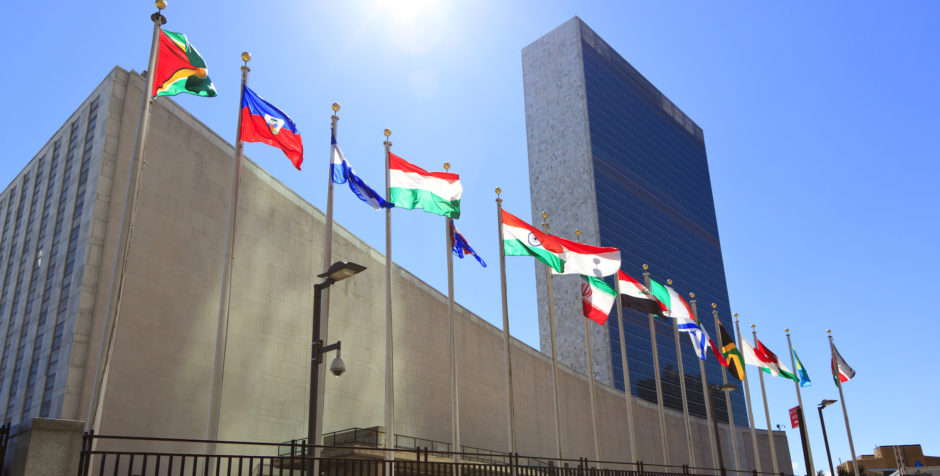 Time to Reform the United Nations

Time to Reform the United Nations

As we all know, the U.N. is in shambles as its pungent incompetence spreads like a contagion around the globe. It is bloated, corrupted, and filled with anti-Israel animus. In addition, it is done little to free unjustly imprisoned Americans such as Pastor Andrew Brunson.

Yet its bureaucrats want more money.

The public’s trust in the U.N. has been destroyed by U.N. agencies like UNESCO, which when faced with tangible issues such as North Korean belligerence, Iranian aggression that threatens the entire world, or ISIS genocide in the Middle East, have instead responded by falsely condemning Israel as a human rights violator while ignoring the real systemic human rights abuses plaguing Syria, Iran, and Russia.

This week, President Trump and Ambassador Nikki Haley are scheduled to deliver a number of speeches on the need to overhaul of the U.N. They will call for the international body to focus its efforts on improved efficiency, transparency, and management. At the same time, it appears that the United States continues to question the wisdom of the Paris Climate accord and the viability of the Iran nuclear deal.

U.N. Ambassador Haley has indicated that United States support for the U.N. is justifiably in jeopardy. No longer will the United States provide a blank check for U.N. bureaucrats. Instead, continued U.S. financial donations and engagement in areas such as peacekeeping and human rights are contingent on reviews and a comprehensive overhaul of U.N. operations to “better align its work on humanitarian response, development, and sustaining peace initiatives.”

Seizing the initiative, the Trump Administration has drafted a document entitled “Political Declaration for U.N. Reform High Level Event,” outlining 10 key points to reform the U.N. The United States has asked member states to sign the document, and more than 120 states have already signed on. All Americans need to engage with this effort.

“In recent years the United Nations has not reached its full potential because of bureaucracy and mismanagement, while the United Nations on a regular budget has increased by 140 percent and its staff has more than doubled since 2000” . . . .

“The United Nations must hold every level of management accountable, protect whistleblowers and focus on results rather than on process.”

President Trump’s week-long engagement with the United Nations is expected to focus on 4 key areas: 1) Reform the UN, 2) Iran, 3) Venezuela, and 4) North Korea.

The urgency of the President’s mission is clear. North Korea’s persistent missile launches and its once secret nuclear-powered submarine building campaign continue to pose a threat to world peace. Iran, despite the billions it has received due to the highly flawed nuclear weapons deal, continues to threaten United States interests in the Middle East, threats that include putting U.S. Navy  ships in the Persian Gulf in harm’s way. Yet, in the face of these threats, the U.N.’s corrupt bureaucracy impairs vital public trust in this institution born out of the blood-stained fields of World War II. Consistent with President Trump’s understanding of this last issue, he has decided to shrink the size and the costs of America’s U.N. delegation.