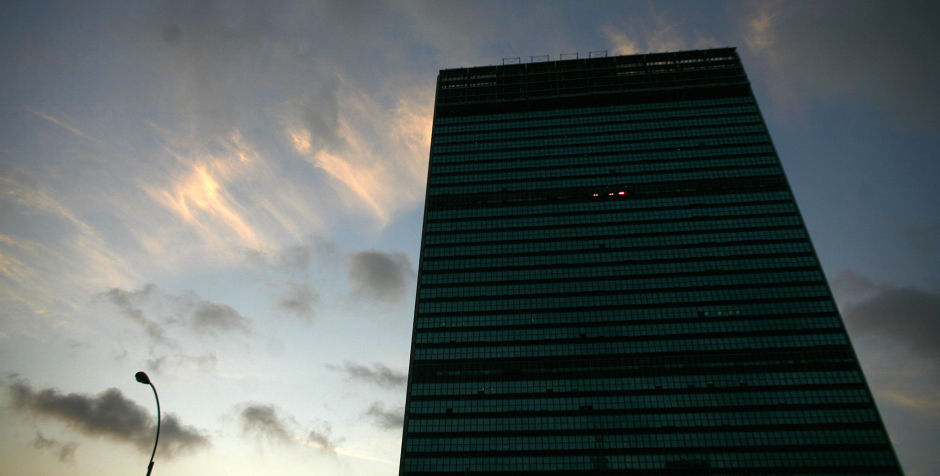 The United Nations Unleashes Yet Another Egregious Attack Against Israel

Another UN Attack Against Israel

The United Nations (U.N.) is once again accusing Israel of war crimes because Israel lawfully acted in self-defense in response to ongoing indiscriminate rocket attacks from Hamas.

On June 22, 2015, the U.N.’s Independent Commission of Inquiry (“the Commission”) submitted its report to the United Nations Human Rights Council regarding possible violations of international humanitarian law and international human rights law “in the context of the military operations conducted since 13 June 2014” in Israel and the Palestinian territories.

In a blanket statement, the Commission members set forth that “impunity prevails across the board.” Mary McGowan Davis, chairwoman of the Commission, said that the investigations had gathered testimony “in a scrupulously objective fashion.” In fact, the Commission’s findings state that  “the commission was able to gather substantial information pointing to serious violations of international humanitarian law and international human rights law by Israel . . . In some cases, these violations may amount to war crimes.” So the U.N.’s most recent “Independent” Commission is accusing Israel of potential war crimes.

Certainly, the Commission obtained objective and reliable information to make such strong determinations. Well, not exactly… The report states, “The commission repeatedly requested Israel to cooperate, including by granting it access to Israel and the Occupied Palestinian Territory, including the West Bank, East Jerusalem and the Gaza Strip. Regrettably, Israel did not respond to these requests.”

It is not surprising that Israel, which is under no obligation to respond, declined to provide information about its recent military operations for this report.  It turns out that the U.N. has engaged in yet another witch-hunt to demonize and discredit Israel’s right to self-defense.  Is there any wonder Israel would decline to participate in such a biased investigation?

Moreover, despite Israel wisely choosing not to take part in this “Inquiry,” the Commission still attempted to disparage Israel’s military by suggesting that Israel intentionally targeted civilians and failed to take proper precautionary measures, to give just two examples. Do these biased and unfounded accusations sound familiar?

Let’s briefly revisit the infamous Goldstone Report, which we have written about extensively.

When Israel defended its borders from terrorist attacks in 2009, Judge Richard Goldstone led an investigation of the incident for the United Nations. The Goldstone Report falsely accused Israeli citizens of war crimes they did not commit. The ACLJ, along with our international affiliate the European Centre for Law and Justice, went to work exposing the flaws in this report. Jay Sekulow, ACLJ Chief Counsel, presented key arguments before the International Criminal Court in defense of Israel and the Israeli people who were victims of terrorism not war criminals.

For two years, the ACLJ worked tirelessly to document the flawed and erroneous accusations within the Goldstone Report. In April of 2011, Judge Goldstone actually reversed his position and acknowledged that “if I had known then what I know now, the Goldstone Report would have been a different document,” and that after considering all of the facts, there was no evidence that Israel “intentionally targeted” civilians in defending itself from attack. In fact, he stated that it was the terrorist group Hamas, not Israel, that “purposefully and indiscriminately aimed [its rockets] at civilian targets.”

Here is the point – the work of the ACLJ matters. Your support matters.

Let’s consider the bigger picture. Israel has to defend against the Palestinian terrorist organization Hamas, whose purpose is to destroy Israel: “Israel will exist, and will continue to exist, until Islam abolishes it, as it abolished that which was before it.” The Commission even acknowledged this reality: “With regard to Palestinian armed groups, the commission has serious concerns with regard to the inherently indiscriminate nature of most of the projectiles directed towards Israel by these groups and to the targeting of Israeli civilians, which violate international humanitarian law and may amount to a war crime.” Yet, somehow, Israel is to blame for acting in self-defense.

Moreover, as ACLJ Senior Counsel Skip Ash recently noted, the Palestinian Authority’s (PA) accession to the International Criminal Court (ICC) poses additional dangers, not the least of which is the fact that the PA (which has formed a unity government with Hamas terrorists) may now attempt to once again haul Israeli soldiers and government officials before the ICC to be tried for war crimes. The Commission’s findings seem to add fuel to this fire.

In fact – in the wake of that report – the PA plans to file documents tomorrow with the ICC alleging that Israel committed what it calls serious “violations” against the Palestinians.

Fortunately, as our supporters know, Israel is perfectly capable of handling such matters, and not just handling them, but handling them with the utmost respect for international law. Yet, at the ACLJ, we also recognize that we must never let down our guard and must assist in aggressively defending Israel – as we have successfully done many times in the past – from these repeated and unwarranted attacks. As such, we are preparing a multifaceted, comprehensive strategy to defend Israel and defeat these outrageous U.N. attacks.

We remain absolutely vigilant in our support for Israel and ask that you would do the same.