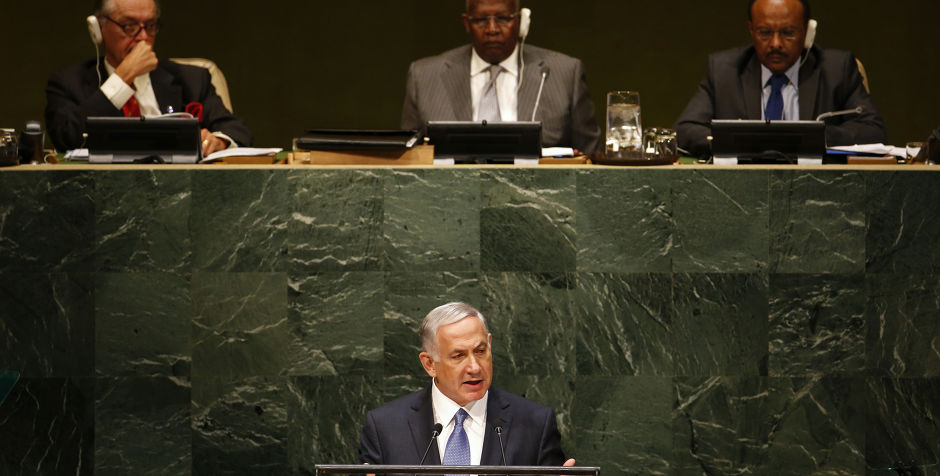 U.N. Security Council to Consider Resolution to Remove Jews from Key Parts of the Holy Land?

The Palestinians are pushing a United Nations resolution that makes stiff demands against Israel and could put the Obama administration in a difficult position should it come to a vote.

The draft resolution, which was given to Fox News on Wednesday by a diplomat who wished to remain anonymous, calls on Israel to withdraw from the West Bank and East Jerusalem by November 2016 as part of a new push for independence and full U.N. recognition. The resolution has not yet been shared with all of the Security Council’s 15 members.

But it would be the first time that the U.S. has had to consider such a forceful draft Security Council resolution.

The new resolution calls for Israel to return all territory seized since the 1967 Six-Day War, a condition that Israel has not agreed to in any of the recent U.S.-backed peace negotiations with the Palestinian Authority.

When deciphering the language of the U.N. — especially when it comes to Israel — one must do just a bit of work to separate rhetoric from reality. A call for Israel to return to its pre-1967 borders (borders that rendered Israel so vulnerable that they invited bloody conflict) is a call for ethnic cleansing of all Jews living in the so-called settlements. Keep in mind that many of these settlements are what we’d call “suburbs,” part of the natural growth of metropolitan Jerusalem.

How do we know of Palestinian ambitions for ethnic cleansing? From the Palestinians themselves.

“In a final resolution, we would not see the presence of a single Israeli — civilian or soldier — on our lands,” Abbas said in a briefing to mostly Egyptian journalists.

This is a position the Palestinians have constantly reaffirmed. Here’s their lead negotiator earlier this year:

A U.N. resolution to return “all territory seized since the 1967 Six-Day War” is a resolution to uproot and displace 500,000 men, women, and children – and that’s just the start of Palestinian ambitions.

We can never let the alleged niceties of diplomatic communications and resolutions obscure the actual stakes and the Palestinians’ actual demands — demands they hardly keep secret, yet the Obama administration routinely ignores in its mindless quest for moral equivalence.

There’s only one reasonable U.S. response to this resolution: A vow to veto.