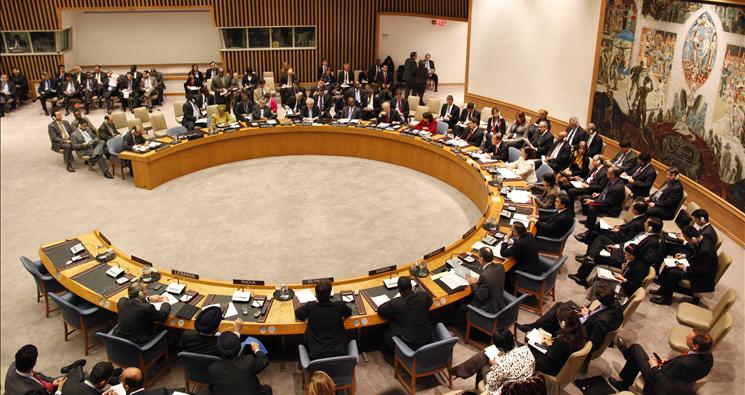 Putting a Stop to Islamic-Led Defamation of Religions?

It's a significant step toward victory in our ongoing effort to safeguard religious freedom around the globe.

For the first time since 1999, the Organization for the Islamic Conference (OIC) has not introduced a "defamation of religions" resolution at the United Nations Human Rights Council in Geneva.  Instead, the 47-member Council has approved a resolution that focuses more on an individuals freedom to believe as they choose - no longer referring to the "defamation" concept and dropping all direct references to Islam.

As you know, this is an effort that the ACLJ and our European affiliate, the European Centre for Law and Justice, (ECLJ) have been engaged in for many years.  The "defamation of religions" concept is extremely harmful to the rights of Christians and other religious minorities around the globe.  It literally gave cover to blasphemy and anti-conversion laws that threaten the lives of believers in many parts of the world.

We have worked at both the U.N. Human Rights Council in Geneva and at the General Assembly in New York City to expose the legal flaws with this resolution.  The result has been a rapid and significant decline in support for the "defamation of religions" resolution, with the most recent version being approved by a mere 12 votes at the General Assembly in December of last year.

While this marks an important move in the right direct, we remain cautious about whether these countries take the next step and actually put words into action.  The fact is Christians remain in grave danger in many Muslim countries - like Pakistan - and we will continue to monitor the situation closely.

While the change in language is encouraging, we remain concerned about the resolution's call for countries to "adopt measures to criminalize incitement to imminent violence based on religion or belief."

If it becomes clear that this language, too, has become an excuse to stifle the sharing of the Gospel or the free exercise of one's faith, we will not hesitate to engage this issue aggressively.

This new resolution is certainly welcomed, but does not represent an all out victory.  It does underscore the fact, though, that we need to remain vigilant in the global pursuit to ensure that the freedom of individuals to choose their own believe system, including Christianity, is protected.