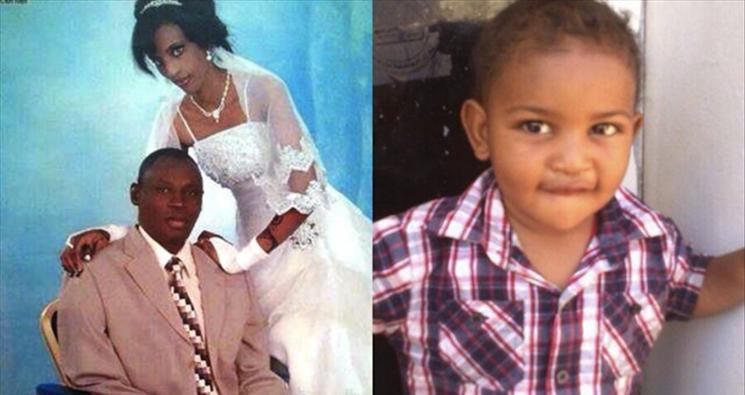 Is the State Department Abandoning an American Toddler Imprisoned in Sudan?

Is the State Dept Abandoning a Child?

Martin Wani, a 20-month-old American boy, is suffering in prison as his mother, Meriam Ibrahim, is shackled on death row in Sudan because she is a Christian.

Martin is a U.S. citizen, but the U.S. State Department refuses to even acknowledge this fact.  It’s an unbelievable outrage on top of an already devastating situation.

Martin’s father, Daniel Wani, Meriam’s husband, is an American Christian.  In fact, on top of her death sentence, Meriam, who is pregnant with an American baby, has been sentenced to be beaten with 100 lashes after she delivers the baby because she married her Christian husband.

Worse, Daniel, the husband and father, has reported that he had the doors of the U.S. Embassy shut in his face when he begged for help.  He reported that the U.S. government demanded that he provide DNA evidence that the imprisoned American boy was in fact his son.  He reportedly provided the boy’s birth certificate and wedding documents of his marriage to Meriam, and still the U.S. government refused to help.

It is well known that the father is a U.S. citizen, yet the State Department refuses to even acknowledge this fact.

A little American boy suffers, sick from prison conditions, in a Sudanese jail.  His mother – who is expected to give birth to her child in a matter of weeks – faces torture and execution simply because she is a Christian.  If she is executed, both of her American children would then most likely be turned over to the same radical Islamists who hung her.

If the Obama Administration’s State Department refuses to take decisive action and fight for the freedom of these young Americans, it would be a dereliction of its diplomatic duty.

No one should face execution merely because of their religious beliefs.  Sadly, what Meriam faces today is a wave of growing persecution of Christians.  Pastor Saeed is facing it in Iran – a U.S. citizen serving an eight-year sentence for his Christian faith.  Several years ago, another Iranian pastor, Pastor Youcef Nadarkhani, faced a similar death sentence for being a Christian.  Thankfully, through God’s grace and the prayers and outcry of hundreds of thousands worldwide, Pastor Youcef was released.

When we speak out, we can truly make a difference in these cases; but if we are silent, Christians will continue to suffer and die for their faith.

Thankfully, despite the seeming reluctance of the State Department, the American people are speaking out with a loud voice.  In just over 48 hours, over 150,000 people have signed a petition to free Meriam and her American son.  Sign the petition at ACLJ’s BeHeard Project.