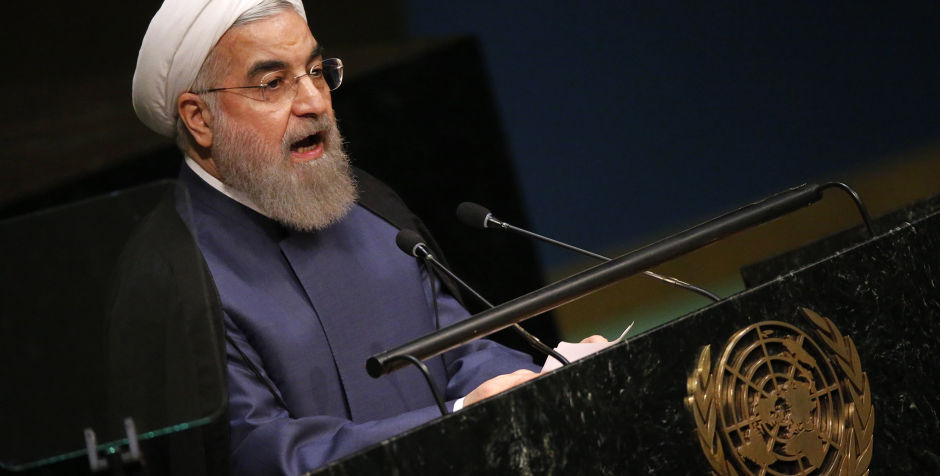 Complete with threats against the “Zionist Regime” (Israel), blaming the U.S. for ISIS’s dominance in the Middle East, and empty promises about its nuclear ambitions, the president of the Islamic Republic of Iran – the world’s leading state sponsor of terrorism – declared victory for the recent nuclear deal.

He proclaimed, “A new chapter has started in Iran’s relations with the world.”

This past weekend marked three years of Iran’s wrongful imprisonment of Pastor Saeed – a U.S. citizen – merely because of his Christian faith.

Yet, as President Rouhani went on a media victory tour on U.S. soil – where Pastor Saeed and the other American hostages belong – this weekend, he brazenly held the American hostages for ransom.  He stated, “If the Americans take the appropriate actions vis-a-vis Iranian citizens who are being imprisoned here, then the right atmosphere and environment will be created for reciprocal action perhaps.”

In response to this absurd statement, Pastor Saeed’s wife responded:

My husband is not collateral. He is a father and a man who broke no law. Yet Iran is treating him like a pawn in a game of chess. President Rouhani's demand that America release 19 criminals in exchange for his consideration of releasing individuals like my husband, imprisoned solely for his faith, demonstrates that the Iran of today is no different than the Iran who took Americans hostage during the Iranian revolution.

The environment is ripe for Iran to demonstrate it is ready to re-enter the global market and international scene of diplomats; it is time to show its good will, to change its image from one of a pariah to a member of the global society who will protect fundamental rights.

Despite his rhetoric at the U.N. of a “new chapter,” Iran’s intentions are clear.  Holding American citizens for ransom and in the next breath talking about Iran’s commitment to world peace and human rights, are diametrically opposed.

Iran clearly can’t be trusted if it won’t even take the simple step of freeing an innocent pastor, a journalist, and two other Americans.

As a nation, we were duped.  Our President was blinded by his own ambition.  Now, we face the consequences.  Four tormented families continue to live the nightmare.