ECLJ At The UN: Abortion Is Torture And A Violation Of Children’s Rights | American Center for Law and Justice
Search  |  Logout  |  Login  |  Register 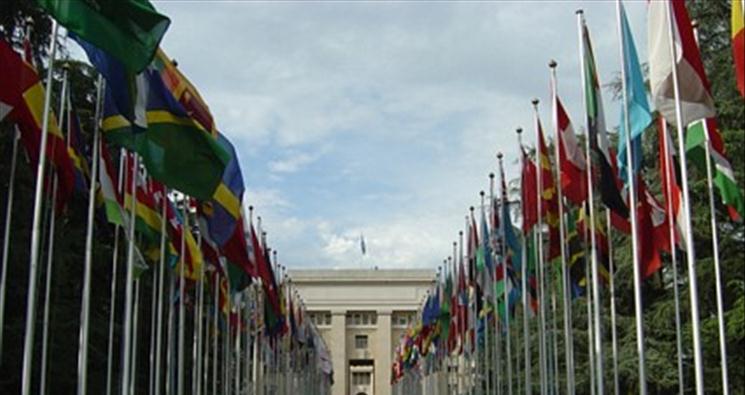 ECLJ At The UN: Abortion Is Torture And A Violation Of Children’s Rights

According to some United Nations experts, opposing abortion would be a kind of torture, it would also be a violation of children’s rights. Such an accusation is scandalous; it strongly undermines free speech and religious freedom and questions the impartiality of some prominent members of the Committee. It was formulated recently against the Holy-See by members of the UN Committee against Torture combating the teaching of the Catholic Church on the sanctity of life.

Earlier this year, in February, another UN Committee, on the Rights of the Child (CRC), “urged” the Holy-See to review its position on abortion and to amend Canon law in order to allow it. This UN Committee pretended that opposing abortion would violate the rights of the child, omitting the fact that the Convention on the Rights of the Child recognises the “needs special safeguards and care, including appropriate legal protection, before as well as after birth".

The Holy-See answered those accusations by stating that its goal is, indeed, “to prevent children from being tortured or killed before birth, as is stipulated in the Convention”. UN Committees are composed of “experts” designated by the Member states. They are often academics or NGO activists with a political background.

Those accusations against the moral opposition to abortion is the last move of a long term strategy to impose on States, through International law and agencies, a “human right to abortion”, and making opposition to abortion a crime. The abortion lobbies are currently very active as they want access to abortion to be included in the “post-2015 development agenda”, under the pretext of improving maternal health worldwide. This post-2015 agenda, under negotiation at the UN, will determine the priority development goals for decades to come. It will be supported by billions of dollars, and governments will have to implement it. Therefore, the issue at stake is huge.

In the past decades, especially during the Cairo and Beijing conferences on population, development and women, the pro-abortion forces were stopped by a coalition of States lead by the Holy-See. This explains the current operation of destabilisation and attacks against the Catholic Church in the UN: it is aimed at weakening its influence during subsequent negotiations.

The ultimate goal of the abortion strategy is to win on the field of values: making pro-life immoral and pro-abortion moral, and to silence pro-life advocacy. This would be a complete inversion of values: indeed, in reality, abortion is torture and causes maternal mortality. Abortion, whether legal or not, not only kills a human being but also carries serious physical and psychological health risks and contributes to maternal mortality. Countries that restrict abortion have lower maternal mortality rates than those who facilitate it.

Responding to those attacks, the ECLJ, as an NGO with consultative status with the ECOSOC of the United-Nations, has actively denounced abortion, especially late-term abortion, as a specific kind of torture and violation of children’s rights.

- In March 2014, the ECLJ made an oral intervention and a written statement (A/HRC/25/NGO/91) before the Human Rights Council of the UN, in Geneva, denouncing the practice of late-term abortion and the killing of babies who survive it.

- Then, in April 2014, in an “urgent appeal”, the ECLJ called on the UN Special Rapporteur on Torture to carry out an investigation on children who survive late-term abortion, and on methods of late-term abortion, especially in the United Kingdom and Canada: in Canada, between 2000 and 2011, 622 babies who survived an abortion were left to die, and in 2005, the United Kingdom recorded 66 such cases. The ECLJ affirms that cruel methods of late-term abortion constitute torture, especially one known as dilatation and evacuation - the foetus, still alive, is dismembered and pulled out of the womb in pieces. The ECLJ expects the Special Rapporteur to take action.

The ECLJ will continue advocating for the respect of life, both within the UN and the European institutions, using all legal procedures available.

While there is clear evidence of hundreds of real cases of torture and infanticides in countries such as the UK and Canada, the question is whether the UN Human Rights bodies, such as UN Committees on the Rights of the Child and against Torture will prove themselves competent and independent enough to fulfil their obligations. Today, there is an urgent need for them to prove their fairness.