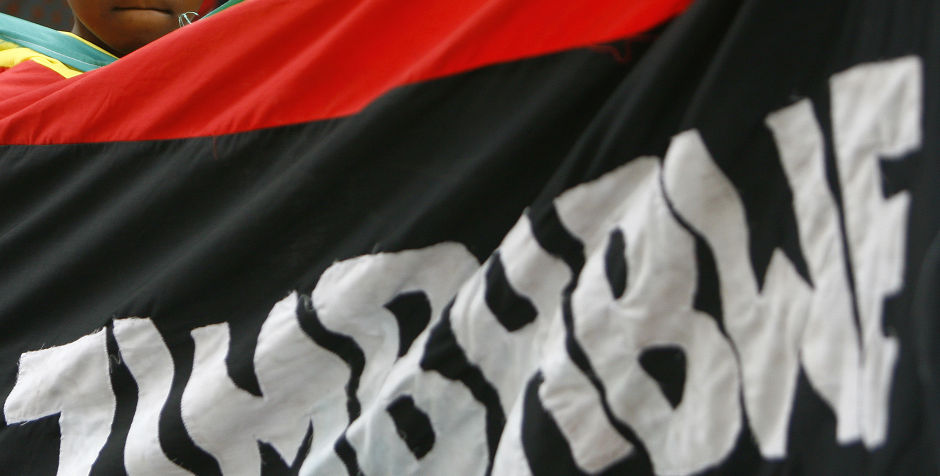 Zimbabwe’s capital city Harare hosts the African Centre for Law & Justice, the ACLJ’s international affiliate in Zimbabwe.  To understand the work we have been engaged in throughout 2014, defending Law, Justice, and God-given liberties secured by the constitution, it is important to understand the challenges posed by the socio-economic and political realities of Zimbabwe’s fledgling constitutional democracy:

Political Shift: The country’s contemporary political and church architecture defined the year’s law and justice scenarios. Following the adoption of the constitution in March 2013 and the July 31 2013 harmonized elections, the previous inter-political party conflicts subsided. The tension was however replaced by tense intra-party political contestations in both the ruling ZANU-PF party and the main opposition MDC-T, with violence often breaking out. By year end, both parties had witnessed heavy divisions and purges among leaders and members. On the part of ZANU PF, this played itself out in government also, leading to the dismissal and replacement of the Vice President, 10 ministers, and 8 deputy ministers, with other top leaders expelled from the parties altogether. The new two Vice Presidents comprise of Emmerson Mnangagwa – a long-time ally and confidant of the President – and Pelekezela Mphoko – a career diplomat who served in Russia, Austria, Mozambique, Botswana, lately South Africa.

Economic Stagnation: Political and policy inconsistency and speculation stagnated the economy, with decline in industrial manufacturing capacity and closures of several large, medium, and small  companies due to lack of working capital amidst obsolete equipment and stiff competition from cheaper imports mainly from Eastern countries and South Africa, and lack of foreign direct investment. Amidst a liquidity crunch and poor performance of savings and loans, banks faced tough times, three of them losing or surrendering their licenses.

Child Rights Vulnerabilities: With company closures, downsizings and retrenchments persisting into recent months, labor experts and economists are concerned that the situation is forcing parents and guardians to send their children out to work to augment their education and household incomes. Children and women are bearing the brunt of company closures, according to findings by Zimbabwe Congress of Trade Unions (ZCTU) retrenchment committee. While the law is clear on child labor, policing is the problem because the relevant departments lack manpower, and government has no alternative ways of fighting poverty among affected families.

New Legislations: To align laws with the new constitution, some new laws were enacted. The new laws successfully crafted still stand as a small token considering the total 450 new laws needed. Government is considering doing a General Laws Amendment Bill to combine all various pending amendments and drafts at once. The main adopted and gazetted laws include:

In August 2014, Zimbabwe began to chair the 14 nation regional forum of the Southern African Development Community (SADC) until August 2015. In addition, from late January 2014, Zimbabwe was elected to be 1st Vice Chair of the African Union Bureau, which is the supreme governing organ of the African Union (AU). The bureau is charged with stirring the agenda of the AU with the assistance of the AU Commission. Thus, in terms of AU structures Zimbabwe will also assume the full chair of the AU as from late January 2015 till January 2016. This makes the nation very influential in the African continent in all affairs especially during this period.

EU & US Sanctions: The European Union (EU) suspended the decade old remaining sanctions against eight ZANU PF officials and on EU development aid to the government, but kept the sanctions on President Robert Mugabe, the First Lady Grace Mugabe, and the Zimbabwe Defense Industries. Before the EU review, all ambassadors from EU countries in Harare submitted their recommendations to their respective capitals based on their assessment of the situation in Zimbabwe. Differently, the US added more persons to the sanctions list.

Independent Commissions: Parliament also invited the public to nominate suitable people for appointment as chairpersons and commissioners on five independent constitutional commissions. The nominations are in line with the new Constitution. The Commissions are:

[According to Section 235 of the Constitution, the Commissions are not “subject to the direction or control of anyone and must exercise their functions without fear, favor or prejudice although they are accountable to Parliament for the efficient performance of their functions”].

Statutes Changed: The Constitutional Court unanimously ruled early June to strike off criminal defamation from the statutes, saying it is not justifiable in a democratic constitutional society like Zimbabwe. In a unanimous ruling by the nine judges, the court ruled that criminalizing defamation violated people’s freedom of expression and muzzled the media. The court found that the right of bringing a civil suit for damages adequately protected any defamed. End of July, the Constitutional Court also removed from the statutes Section 31 (a) (iii) of the Criminal Law Codification Reform Act, which criminalizes the publication of false statements undermining public confidence in the uniformed forces.

Death Warrants Stayed: Emmerson Mnangagwa the Justice, Legal and Parliamentary Affairs Minister (who since December 2014 also doubles as Vice President) said he will not sign death warrants for 97 murder convicts on death row, saying the death sentence is too harsh and must be outlawed. The new Constitution still provides for death penalty where murder is committed under aggravating circumstances. Zimbabwe has 97 inmates who were sentenced to death by the court for murder crimes over the years, but are still awaiting execution. One of these is female, while 96 are males. The Justice Minister’s signature is required for them to be hanged. Under the new Constitution, women are no longer sentenced to death and the only woman featuring on the death row would automatically be saved. The Justice Minister himself escaped a death penalty (for terrorism) under the pre-independence minority government era.

Church Regulation: From February to June 2014, Heads of Zimbabwe’s Evangelical churches as part of Zimbabwe Heads of Christian Denominations took part in a three-fold theme dialogue between the church and government, namely:

Zimbabwe’s Registrar General had convened a consultation between his office and church umbrella bodies to discuss his concerns regarding these issues. Latter, the dialogue was shelved when the ruling ZANU PF party started massive purges of their politicians in government and parliament, and this affected some of the engaged government officials and parliamentarians.

Church Leadership Succession: In November 2014, the Evangelicals’ national body (the Evangelical Fellowship of Zimbabwe (EFZ)) during its scheduled elective annual general meeting amicably elected a new leadership, namely the President, Vice President, National Treasurer, and ten provincial chairpersons. A senior pastor with one of the Evangelical churches was elected President, deputized by an Assemblies of God pastor, and the National Treasurer being a Secretary General of another denomination. The ACLJ-Zimbabwe Chairperson was called to lead and make the opening devotions at the AGM held in the Midlands Provincial capital city of Gweru. The new leadership will serve for a four year renewable term. On 23rd October, Evangelical leaders together with other church umbrella bodies also held a national day of prayer in Harare, organized by the Zimbabwe Heads of Christian Denominations (ZHOCD).  The year ended with the churches looking forward to a fresh 2015 engagement with the new leaders in government, parliament and justice delivery system to increase godly constitutionalism reflected in legal justice, social justice, and overall daily nation building.