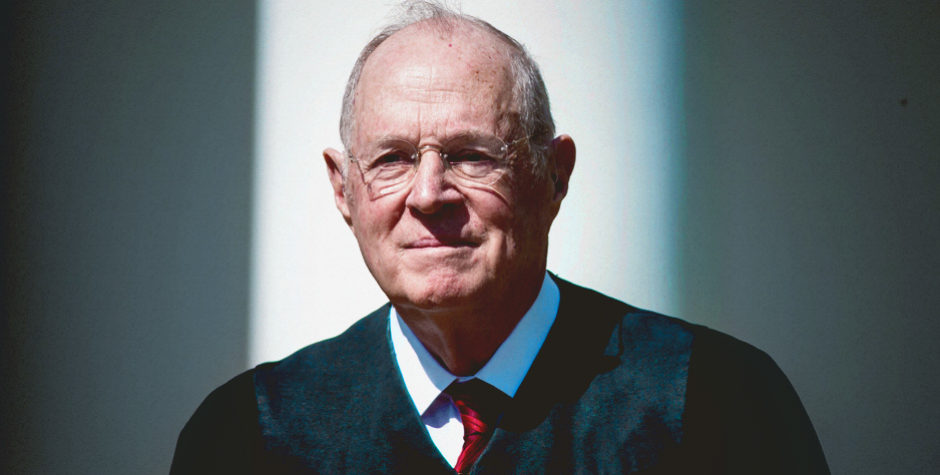 Justice Anthony Kennedy has just announced that he will retire from the Supreme Court effective July 31st.

I have had the privilege of appearing before Justice Kennedy on numerous occasions over the past three decades. While he often ruled in our favor – even when he disagreed, he did so in a way that was insightful and reasoned.  As he did with Justice Neil Gorsuch, President Trump once again has the opportunity to nominate a Justice who embraces a judicial philosophy respecting the rule of law and the Constitution.

We have an opportunity like no time in my lifetime to ensure that there is a consistently conservative Supreme Court majority that will enforce the Constitution and uphold the rule of law.

As we have seen just this week from three straight 5-4 decisions (with Justice Kennedy siding with the conservative majority) a solid conservative majority has the power to overturn wrongly reasoned liberal activist opinions from years past. As we also saw this week, free speech, life, the separation of powers, and more are all at stake.

President Trump has already promised to pick from the 25 conservatives on his short list, and Senate Majority Leader McConnell has already indicated that the Senate will vote on such a nominee by the fall.

We are urging the swift confirmation of a conservative nominee so that there is a full compliment of Justices by the opening of the next Supreme Court term on the first Monday in October.