Sudan: Torturing and Executing a Woman for Her Faith Is No Big Deal | American Center for Law and Justice 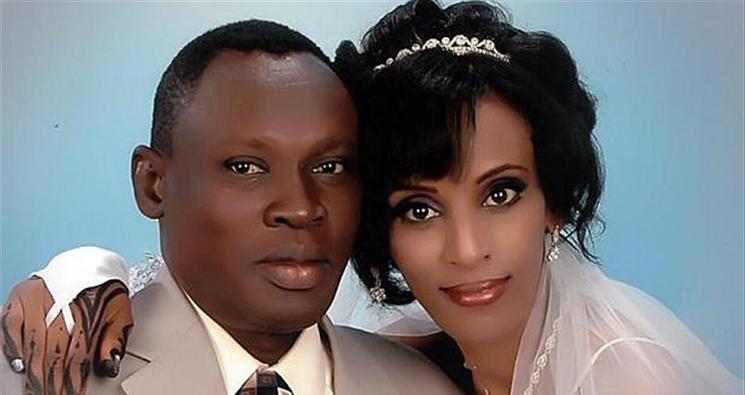 Sudan: Torturing and Executing a Woman for Her Faith Is No Big Deal

The Embassy of Sudan has release an official public statement that torturing and executing a woman for her Christian faith isn’t “violating human rights.”

Earlier this month a Sudanese judge sentenced Meriam Ibrahim to be flogged and executed for her Christian faith. She is currently on death row and just gave birth to an American girl. Her son, an American toddler, is also imprisoned with her.

The Sudanese government’s statement acknowledging the case alleges that the media and world leaders “have mistakenly accused the government of Sudan of violating human rights.” Its outlandish attempt to deflect, defend, and distort reality is mindboggling.

Sudan literally spends more time contesting the spelling of her name than dealing with the cold, harsh reality of its degradation of human rights.

When it finally does address the heart of the issue, Sudan despicably attempts to justify the abhorrent torture and death sentence imposed upon Meriam. The Sudanese government actually argues, “There was no Government agency behind the case; rather her immediate family had reported their daughter as missing, later and after she was found and claimed that she is Christian, the family filed a case of apostasy against her.”

The Sudanese government is actually publicly making the case that executing this woman is OK because the family turned her in and the government isn’t involved even though it was a judge (which the statement acknowledges) who sentenced her to death.

In its twisted logic, the same statement that condemns her for “apostasy,” proclaims that it is “reaffirming the commitment of the Government of Sudan to all human rights and freedom of beliefs.”

“Apostasy,” by its very definition, is inherently contradictory to “freedom of beliefs.”

Unbelievably, Sudan states, “This case remains a legal issue and not a religious or a political one.” A conviction and sentence under Shariah Law for “apostasy” is nothing but religious.

Faced with this reality, Sudan spins a web of lies and deception to cover its diabolical deed. The official government statement notes, “It is important to emphasize that freedom of choice is the cornerstone of both Islam and Christianity.”

The defiant statement attempts to shut off public outrage, calling it “dangerous.”

“It is unwise and dangerous to politicize the issue at hand to spur religious tension between the two peaceful faiths with similar foundations,” Sudan asserts.

There is nothing “peaceful” about hanging a woman for her faith. It is Sudan and not the world that spurred “religious tension” by imposing a death sentence based on religious beliefs.

One thing is for certain: Sudan is listening to the public outcry. It is doing anything in its power, spreading any deception it can, to silence the world. We will not be silenced. We will be heard. Sudan must release Meriam and her two American children.

More than 275,000 people have raised their voice to demand their freedom. Join them by signing the petition at BeHeardProject.com. Sudan is listening. The world is watching. A woman’s life hangs in the balance.