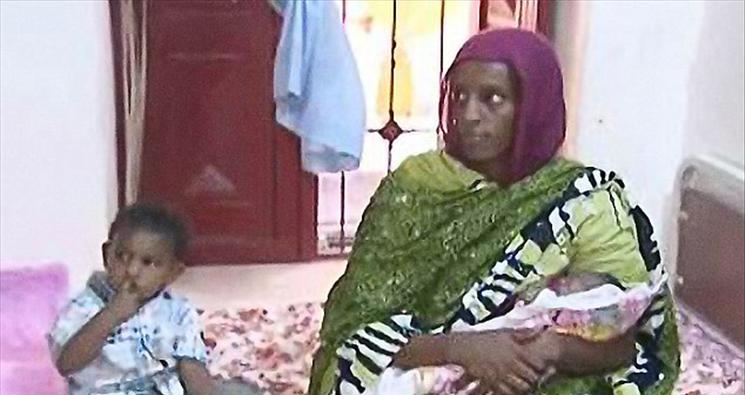 In a deeply disturbing development, Meriam Ibrahim, the Sudanese woman sentenced to death for her Christian faith, was arrested at the airport with her American husband and American children just as she was preparing to leave Sudan. Here are the details, from NBC News:

Meriam Ibrahim, 27, was "very happy" after an appeals court on Monday overturned a death sentence imposed because she married a Christian man and was alleged to have turned her back on Islam. But lawyer Elshareef Ali Mohammed said a group of 50 security force personnel arrested her during an angry confrontation at the airport in the capital Khartoum on Tuesday.

Mohammed, who was at the airport with Ibrahim, said the security forces did not give him a reason for her re-arrest, and made no reference to her dropped case even when he identified himself as her lawyer. He said Ibrahim had been taken to a detention center accompanied by her two children and husband Daniel Wani, who insisted on going with her. "I have no more information," he said. "They knew she had been cleared by the court but they have re-arrested her - I don't know why."

We are mobilizing our resources, working in DC to urge the Obama Administration to take immediate diplomatic action as Meriam and her American family are now unjustly in Sudanese custody.

We’ve changed our petition language to reflect the latest development and urge you to sign and stand with Meriam.

We will keep you updated as this story develops.