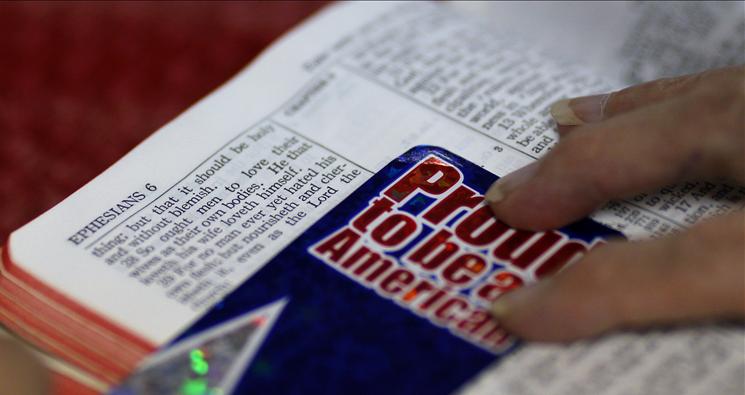 Student Allowed to Use Bible in School

Student Can Use Bible as Reference

The ACLJ recently assisted yet another student in amicably resolving an unfortunate situation where a government official misunderstood the law. A 7th grade student from Missouri recently contacted the ACLJ regarding her teacher’s refusal to allow the student to reference the Bible in a writing project on Roman history.

Unfortunately, situations like this are all too common, and the ACLJ has assisted students and parents in many such situations where schools have attempted to treat speech reflecting certain viewpoints as less favored than other speech. Several of these cases ACLJ attorneys argued before the Supreme Court including Lamb’s Chapel v. Center Moriches School District, 508 U.S. 384 (1993), in which the Court affirmed that a school may not discriminate against religious speech on the basis of the speech’s religious viewpoint, and Board of Education v. Mergens, 496 U.S. 226 (1990), in which the Court held that allowing a student Bible club to meet on a public school’s campus did not violate the Establishment Clause..

Many cases, however, are resolved without litigation. In this case, ACLJ attorneys advised the student, through her parents, to bring reliable sources to the teacher evidencing that the Bible, although a religious book, also has historical significance. In addition, we advised her of her First Amendment rights, and that the First Amendment prohibits a government official from discriminating against speech if the sole reason for that discrimination is the religious viewpoint from which it is presented.

We are happy to announce that after the student presented the teacher with this information, the teacher allowed the student to use the Bible as a reference and no further action was necessary. We are pleased with this outcome and will continue working to protect the rights of individuals to speak out on an equal basis and to be free from government discrimination against unpopular viewpoints.