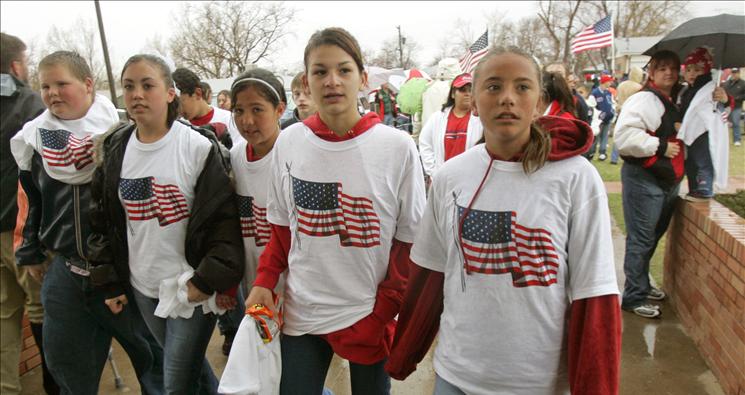 We were contacted in early February by a concerned parent in Indiana regarding a student’s ability to pass out religious flyers at his school. The flyers contained an email address and website where students could submit prayer requests. When the student and parent requested permission from the principal to pass out the flyers, the principal denied the request, even though other flyers have been passed out at the school before. At this point, the parent contacted the ACLJ.

ACLJ attorneys were able to guide the parent through the process of asking for a policy in writing and asking for a list of all the other flyers that have been approved. The ACLJ has represented and assisted numerous groups dealing with similar situations over the past quarter century, including in cases that were decided by the Supreme Court of the United States. These include Lamb’s Chapel v. Center Moriches School District, 508 U.S. 384 (1993), in which the Court affirmed that a school may not discriminate against religious speech on the basis of the speech’s religious viewpoint, and Board of Education v. Mergens, 496 U.S. 226 (1990), in which the Court held that allowing a student Bible club to meet on a public school’s campus did not violate the Establishment Clause.

In this case, ACLJ attorneys were able to guide the parent to appeal the decision to the superintendent of the school district with a favorable outcome. We just received word that the superintended agreed with the parent’s appeal and will allow this student to pass out flyers on the same basis as non-religious materials. The parent wrote to us,

After Thursday [the student] should be able to hand [the flyers] out at . . . school. The superintendent will email [the] school and me the approval letter, and then we should be good to go . . . Thank you for your help and advice!

We are pleased with this outcome and will continue working to protect the rights of religious individuals to speak out on an equal basis and to be free from government discrimination against religious speech.