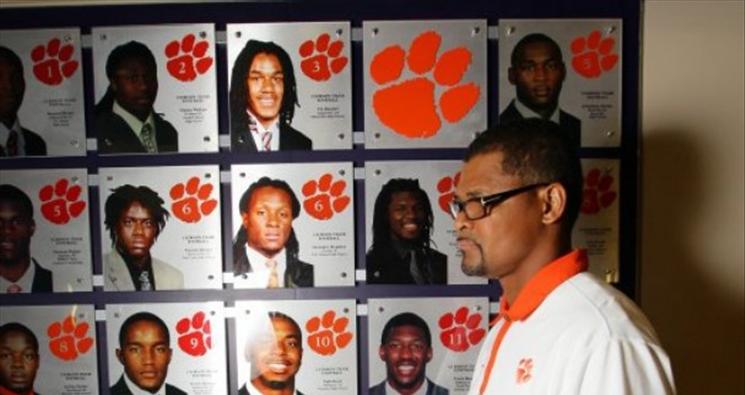 As the New York Daily News reported last week, the group made famous for their war against nativity scenes and our National Motto (“In God We Trust”), has now picked a fight with Clemson University.

The Freedom from Religion Foundation (FFRF) has taken the field with a new mission to silence and intimidate a college football coach for sharing his faith with his players.

The FFRF is offended that Dabo Swinney, the head football coach for the Clemson Tigers, is a Christian that publicly shares his faith with the players of his team.

FFRF suggests the football coach’s actions are unconstitutional and an improper “commingling of religion and athletics” that raise “serious concerns about how the public university’s football program is entangled with religion.”

Further, the group argues that Coach Swinney gave a volunteer chaplain access to his players for Bible studies, also gave the chaplain an office at the athletic center, displayed Bible quotes through the football facilities, schedules team devotions, and also leads “sessions on ‘being baptized’” on school grounds. In sum, FFRF argues that “Christian Worship seems interwoven into Clemson’s football program.

One thing that FFRF doesn’t understand is that after more than 237 years and 9 months since our country’s founding, it is still constitutional to exercise one’s freedom of religion and freedom of speech and those rights do not end because you were hired as a football coach, recruited as a player, admitted as a student, elected as a politician, or sworn in as the next President of the United States of America. All Americans enjoy constitutional protections – even public officials in the right context.

The Supreme Court has continually affirmed that the Establishment Clause is not to be interpreted in a manner that would purge all governmental acknowledgments of religion or religious belief from society. See Elk Grove Unified Sch. Dist. v. Newdow, 542 U.S. 1, 35-36 (2004) (O’Connor, J. concurring). “Eradicating such references would sever ties to a history that sustains this Nation even today.” Id. at 36.

Also, the Court, on many occasions, has discussed the historical role of religion in our society and concluded that “[t]here is an unbroken history of official acknowledgment by all three branches of government of the role of religion in American life from at least 1789.” See Lynch v. Donnelly, 465 U.S. 668, 674 (1984). In Sch. Dist. of Abington v. Schempp, the Court recognized that “religion has been closely identified with our history and government.” 374 U.S. 203, 212 (1963).

Such recognition of the primacy of religion in the Nation’s heritage is nowhere more affirmatively expressed than in Zorach v. Clauson:

We are a religious people whose institutions presuppose a Supreme Being. We guarantee the freedom to worship as one chooses. We make room for as wide a variety of beliefs and creeds as the spiritual needs of man deem necessary. We sponsor an attitude on the part of government that shows no partiality to any one group and that lets each flourish according to the zeal of its adherents and the appeal of its dogma. When the state encourages religious instruction or cooperates with religious authorities by adjusting the schedule of public events to sectarian needs, it follows the best of our traditions. For it then respects the religious nature of our people and accommodates the public service to their spiritual needs. To hold that it may not would be to find in the Constitution a requirement that the government show a callous indifference to religious groups. That would be preferring those who believe in no religion over those who do believe. 343 U.S. 306, 313–14 (1952).

Clearly, the Establishment Clause does not require public officials to remain silent on matters of faith. This is particularly true when dealing with adult football players who are free to choose whether to attend church services or Bible studies and face no repercussions when they decline.

The ACLJ is sending a letter of support to the Coach Swinney and Clemson University. In less than 24 hours, 50,000 Americans have signed their agreement. You can sign on here.

This article was written by ACLJ Attorney Miles Terry.