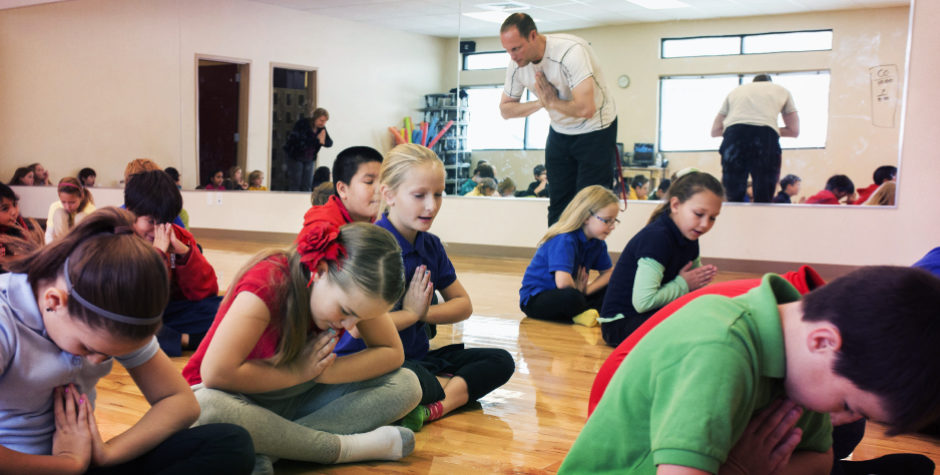 The Deception of Buddhist-Based Mindfulness in Our Schools

As the ACLJ continues the fight to remove Buddhist mindfulness practices from our public schools, we are happy to report a recent positive development.

Within the past couple of months, we counseled a parent in Missouri on speaking with administrators at his child’s school about mindfulness. After their meeting, the school promised to never implement mindfulness again. This development is very encouraging given the concerns we shared in our last blog post about how mindfulness is rooted in Buddhist mediation. Fewer children are having their First Amendment rights violated now that this school has not only stopped teaching mindfulness, but also promised to never implement it again.

Given the vast expanse of this issue, we want to provide additional information to you about the not-so-hidden religiosity of mindfulness programs, the grossly inadequate understanding of the effects of such programs, and the dangers posed to your children by exposure to mindfulness practices.

Whether the school uses Inner Explorer, MindUp, or some other form of mindfulness curriculum, these programs are considered inherently religious by many. From the initial creation to the current application, Buddhist thoughts and beliefs permeate these programs. However, creators of mindfulness school programs and teachers of Mindfulness-Based Stress Reduction (MBSR), the basis for Inner Explorer and other programs, have attempted to hide the Buddhist practices by “secularizing” them.

To put things into perspective, the founder of mindfulness in modern-day America, Jon Kabat-Zin, has openly explained his objective to make Buddhist mindfulness more appealing to people who would likely reject it if they knew it was Buddhist (Handbook of Mindfulness, p. 79). As some mindfulness teachers and practitioners admit, this stealth Buddhism will affect students regardless of whether they realize it and whether the students or parents desire these effects.

For example, Candy Gunther Brown, a professor at Indiana University who has researched mindfulness for over a decade, writes that “[t]he MindUp script replaces the terms ‘Buddhism’ and ‘meditation’ with ‘neuroscience’ and ‘Core Practice.’” (Handbook of Mindfulness, p. 85).

Even with these new words, the meaning and the practice remains the same. Simply changing words does not eliminate the religious principles and worldviews within these programs, especially considering how MBSR teachers are expected to teach worldviews to their students. This reality that mindfulness promotes a specific worldview is demonstrated in the following scenario:

If a participant shares an experience at odds with MBSR assumptions, that person gets “corrected,” encouraged to “look again,” or “given a different answer.” Participants are “very, very carefully guided to land at a certain answer” and “given a way of understanding experiences” that “set up what people are supposed to value and change.” (Handbook of Mindfulness, p. 81).

It is no surprise that the end result of exposure to these “secular” mindfulness programs is that participants are more accepting of and interested in Buddhism (Handbook of Mindfulness, p. 89).

This deception places your child at risk of mindlessly absorbing Buddhist ideas about the nature of reality, their place in the world, and the nature of God.

Notably, some Buddhists are troubled by the deception surrounding the origin of these programs because dishonesty is contrary to Buddhist ethics. The Dalai Lama’s translator, Thupten Jinpa Langri, states that mindfulness is “the essence of Buddhism, therefore it’s a Buddhist practice” that cannot be separated from its religion (Handbook of Mindfulness, p. 86[A1] [C2] ). Buddhists are specifically concerned that this stealth Buddhism can cause more suffering via “wrong mindfulness” practices because it is taught “‘only as meditative skills or strategies’ without ‘an understanding of ethical action’” (Practitioner’s Guide to Ethics and Mindfulness-Based Interventions, p. 58). In fact, they worry that it will significantly harm people’s health (McDonaldizing Spirituality, p. 17).

It is certainly warranted to be concerned about the health effects connected to your child’s practice of mindfulness. While Inner Explorer and other mindfulness programs claim that “[s]cientific research clearly supports and documents the benefits of mindfulness practice to improve not only health and well-being, but also the brain in particular” they fail to acknowledge the negative results that numerous researchers have documented regarding mindfulness and meditation practices. Other researchers believe that the research is woefully inadequate for accurately assessing all of the effects of mindfulness. Dr. Miguel Farias of the University of Oxford states that “mindfulness researchers have failed to measure [negative experiences], and may even have discouraged participants from reporting them by attributing the blame to them.” In 2011, Duke University expressed a similar concern that there is a lack of quality research on mindfulness.

Psychological dangers related to the practice of mindfulness have been observed and documented. Mindfulness practitioners have experienced “depersonalization, derealization, panic attacks, anxiety, tension, agitation, restlessness, depressive affect, attempted suicide, extreme euphoria, unbearable dysphoria, [and] grandiose fantasies.” (Meditation, p. 49). In research done by Professor Britton, of Brown University Medical School, a young man described his suicidal and uncontrolled thoughts as “increasingly vivid pornographic fantasies and repressed memories from his childhood” that developed as a result of practicing mindfulness and meditating. Another previously driven and self-starting young woman explained how she became tormented by repressed memories and alcoholism resulting in mental hospitalization after her job forced her to practice mindfulness.

Importantly, these deeply concerning accounts are not simply outliers. A study by David Shapiro from the University of California reports that 63% participants in meditation retreats “suffered at least one negative effect from meditation retreats” and “7% reported profoundly adverse effects including panic, depression, pain and anxiety.” Even amidst these sobering warnings regarding the dangers of mindfulness, these reports may still “underestimate AE [adverse effects] frequency by more than 20-fold” (Mind the Hype, p.48). With those percentages, it seems likely that your child could experience negative side effects. How can any school expose children to such risks?

We continue to ask that you spread the word about the dangers of mindfulness and investigate whether your schools are using these dangerous practices. The ACLJ is committed to ensuring America’s public education system is free from Buddhist indoctrination, but we need your help and support to do so. Help us in the fight to rid public schools of this destructive practice once and for all.