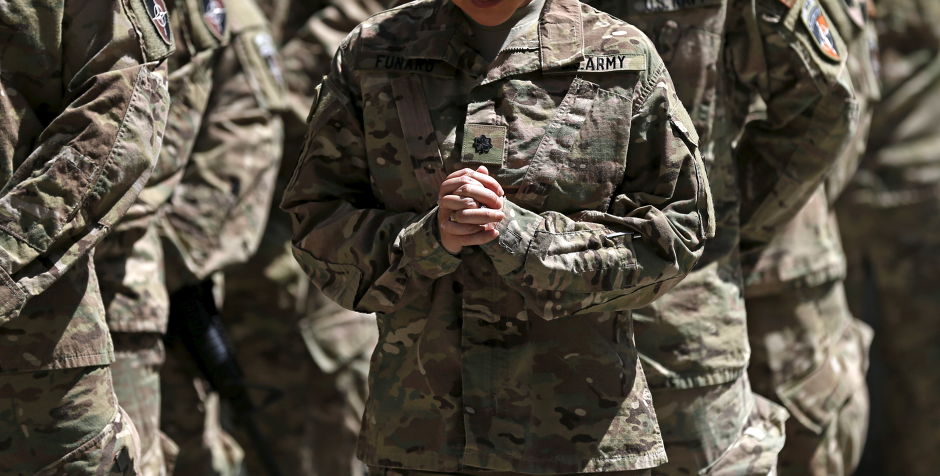 Protecting Those Who Protect US

Our men and women in uniform put their lives on the line every day to defend us, our Constitution, and our way of life. Yet, their own constitutional freedoms are under attack.  Here are a few examples.

She was court martialed for silently expressing her faith.

She appealed, but the mid-level military appellate court rejected her case. She then appealed to the United States Court of Appeals for the Armed Forces.  We filed a brief on behalf of 42 Members of Congress and over 142,000 Americans asking the court to hear her case.  Angry atheist Mikey Weinstein and his Military Religious Freedom Foundation (MRFF) also filed a brief asking the court to reject Sterling’s appeal and ignore the violation of her religious freedom.  (Remember it is Mikey Weinstein and his extremist group that has repeatedly called Christians in the military “monsters who terrorize.”)

Just late last week, the court issued an Order granting review—the first bit of good news Sterling has received since her superior officer tore down her Bible verse.   Now that the court has agreed to hear her case, we are preparing another brief in support of Sterling and the merits of her position.  We will keep you updated.

How about Major General Craig Olson, the Air Force General whom Weinstein and his MRFF accused of “unforgivable crimes and transgressions”—for publically talking about his views on prayer at a National Day of Prayer event?  Weinstein’s organization sent a letter to the Air Force demanding that Gen. Olson be “aggressively and visibly brought to justice.” Weinstein demanded the general’s long and honorable career be terminated with a court martial.

Undeterred, Weinstein the whiner is at it again. This week he filed a federal FOIA lawsuit against the Air Force regarding his attempt to make the Air Force scour thousands of pages of files dating back as far as 1999.  What records is he looking for? Documents about his family members and other MRFF “clients” or “sympathizers.”  While the ACLJ certainly respects the government accountability mechanism FOIA supplies, this is ridiculous.  A fishing expedition. MRFF is clearly in search of a lawsuit.  To date, Weinstein and MRFF have not won a case in court, but they keep filing lawsuits, and that requires that groups like the ACLJ respond.

The MRFF won’t stop. Neither can we.  We will continue to monitor Weinstein and the MRFF—as they continue their “search and destroy” campaign to eradicate Christianity from our military.

Then, there’s Sergeant First Class Charles Martland, the Army Green Beret set for expulsion from the military for intervening to protect an Afghan child from rape.  As we reported, when an Afghan militia leader admitted to raping a young boy—having tied the boy to a bed for a week—SFC Martland could no longer stand on the sideline.  He acted on his religious convictions. SFC Martland and his commander forcefully removed the rapist from their base, sending a message that such behavior would not be tolerated.

In return, SFC Martland was removed from the battlefield and designated for discharge—after 11 years of heroic service and a Bronze Star Medal for bravery.

The ACLJ again reported on the story, and sent a legal letter to the Army on SFC Martland’s behalf.  Fortunately, we were not alone, as in a week’s time, over 132,000 Americans joined our cause (that number is now approaching 150,000).  Members of Congress also expressed their outrage.  In response, the Army announced that SFC Martland’s discharge, initially set for November 1, 2015, would be postponed for 60 days.  Although we are pleased with the postponement, SFC Martland’s career still remains in jeopardy. He must be exonerated. We will continue to pressure the Army to do the right thing, and we will post any developments.

Clearly, the battle to protect our service members rages on.

Please stand with us as we stand for religious freedom in our military.  Our cause is your cause, and our work depends on your support.  Our Armed Forces selflessly protect our religious liberty from enemies abroad.  The least we can do is protect theirs.  Stand up. Be heard.

Defend Christians in the Military