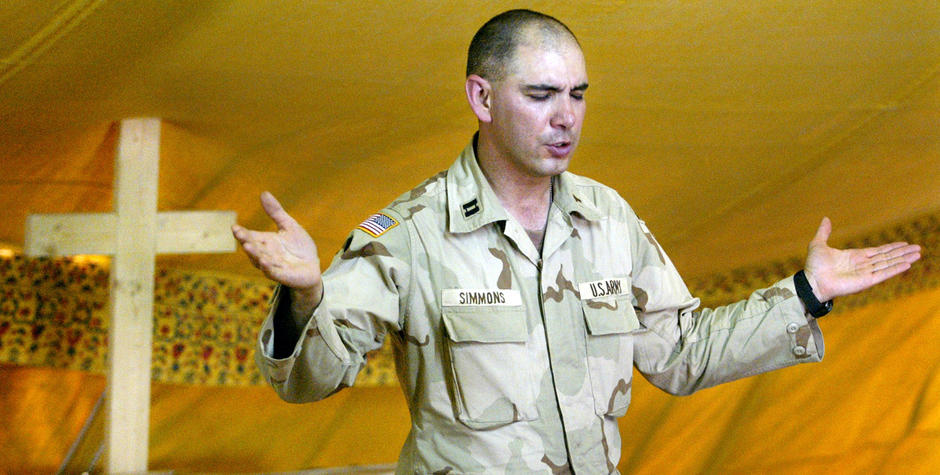 A group that constantly and viciously attacks Christians in the military demanding senior chaplains (including the two-star Air Force Chief of Chaplains) be investigated and punished for praying in uniform . . . at a religious freedom event.

They actually claim chaplains use Christianity “as a weapon to intimidate, menace, harass, subdue, and terrify their otherwise helpless armed forces subordinates.”

It’s ludicrous and dishonoring to those who serve our nation.

We’ve defeated these unconstitutional attacks before. Our senior military team – including a Former Senior Ranking Army Chaplain at the Pentagon – is fighting back, preparing critical legal letters. Add your name now:

Petition to Protect Religious Liberty in the Military and Honor Chaplains

To: The Department of Defense (DOD)

Donate now as we battle anti-Christian extremists’ attack on religious freedom in the military & chaplains, and have your gift DOUBLED today.