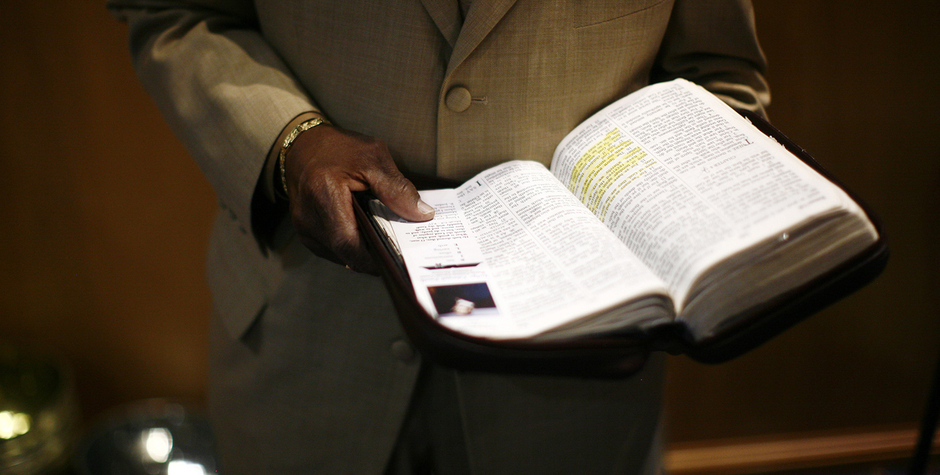 Mr. Michael “Mikey” Weinstein and MRFF are attacking the Bible…Again…

The French have an expression that’s right on the mark with respect to the actions of Mr. Michael “Mikey” Weinstein and the Military Religious Freedom Foundation (MRFF): Plus ça change, plus c’est la même chose (which, freely translated, means, “the more things change, the more they remain the same”).

Mr. Weinstein, President and Founder of MRFF, is currently waging a pitched battle, this time aimed at removing a single Gideon Bible placed with generally available reading materials for patients at a Veteran Administration (VA) clinic in Athens, Ohio. His argument—wait for it—is that putting religious literature, like a Bible, with otherwise generally available reading material in a VA clinic, somehow violates the Establishment Clause of the Constitution of the United States.

In fact, he has been on an anti-“New-Testament-Bible” (using Mr. Weinstein’s words) warpath of late, writing to various VA facilities demanding that any and all Bibles be removed forthwith. To make matters worse, some VA officials have actually caved to his demands. In his most recent anti-Bible foray, Mr. Weinstein contacted the VA Mental Health Clinic in Athens, Ohio, demanding that a Gideon Bible be removed, and the Athens Clinic actually responded, removed the ONE Bible found in one of the waiting rooms, and, in essence, apologized to Mr. Weinstein.

Here’s the problem: government-run facilities, like VA facilities, may not generally single out religious expression for detrimental treatment. In other words, if non-religious literature is available for use by persons waiting for appointments, for example, religious material cannot be excluded.  Once again, Mr. Weinstein has concocted a Constitutional crisis where none, in fact, exists. Worse, VA’s actions to seek out and remove only religious materials actually violated the law!

This is where the ACLJ comes in. Because we refuse to allow Mr. Weinstein’s flawed understanding of the Constitution and the laws of the United States to go unchecked, we recently sent a letter to the Secretary of Veteran Affairs explaining why Mr. Weinstein’s complaint is completely off-base and urging the Secretary and his legal advisors to ensure that employees throughout the Department understand that they may not single out the Bible or other types of religious expression for detrimental treatment.

Specifically, we raised the following points:

The mere presence of a Bible in the Athens clinic waiting room is no more offensive to the Constitution than is the national motto, In God we trust, which is found on U.S. currency used to pay our vets and those who care for them in VA facilities. Only the most sensitive or religiously hostile would be offended by the mere presence of a religious book placed among other, non-religious reading materials in a waiting room. . . .

A major concern regarding free exercise of religion and free expression of religious sentiments in VA facilities deals with how VA officials determine when such exercise or expression must be curtailed. To protect religious expression to the extent required by the Constitution, VA officials must not curtail religious rights based on hypersensitive or hostile reaction, merely because one or a few persons dislike the religious message or misunderstand what the Constitution requires. As noted in Lee v. Weisman, the Supreme Court did “not hold that every state action implicating religion is invalid if one or a few citizens find it offensive. People may take offense at all manner of religious as well as nonreligious messages, but offense alone does not in every case show a violation.” 505 U.S. 577, 597 (1992) (emphasis added). . . .

VA patients are deemed to be “reasonable observers.” As such, they are deemed to know that the presence of religious reading material placed with other, non-religious reading material does not mean that the VA is endorsing a religious message, just as the placement of some non-religious literature to the exclusion of other secular literature does not mean that the VA endorses the secular message of the materials it provides. In fact, the reading material in VA clinics is provided so that patients and those who accompany them have something to do while they wait to be seen. No one is required to read any of the literature provided, be it religious or non-religious, much less be compelled to believe any message set forth in any of the materials. To imply that the presence of a Gideon Bible with other, non-religious material imposes religion on anyone or indicates that the VA is advocating a religious message is absurd on its face and must be rejected.

Unfortunately, Mikey’s tactics are all too familiar and, as such, we continue to take action and respond to numerous other misguided issues he has complained about. If you are a Christian who happens to believe in the Constitution and the rule of law, you will, sooner or later, encounter Mr. Weinstein and MRFF. They are committed to a religion-free public square. They advocate a secular society and would prefer that religion to be confined to our homes and to church buildings.

Stand with us as we continue to expose Mikey Weinstein and others like him who use their misguided understanding of the Constitution in an attempt to shut down religious expression in the public sphere.