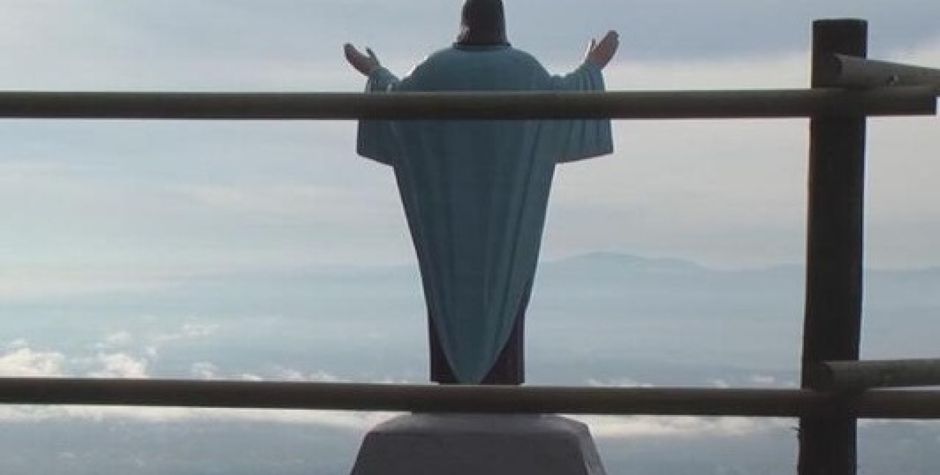 Yesterday, we helped deliver a stunning defeat to angry atheists attempting to tear down a war heroes’ memorial.

We have been fighting to defend the World War II memorial statue of Jesus against the angry atheists at the Freedom From Religion Foundation (FFRF) on behalf of more than 100,000 Americans and concerned Members of Congress for years.

Yesterday, the anti-Christian FFRF lost once again in court. This time, they had attacked the statue of Jesus in Montana.  The Court of Appeals for the Ninth Circuit held that this statue atop Big Mountain, adjacent to a ski resort, did not violate the Establishment Clause.

The Knights of Columbus built and maintained the statue as a World War II memorial in the 1950s, inspired by similar monuments the soldiers saw in the European Alps during the war.  The National Forest Service had granted permission to the Knights of Columbus to maintain the statue on a small tract of federal land within the privately owned ski resort for over 60 years before the Freedom From Religion Foundation demanded its removal.

In a six-page opinion, the court repudiated FFRF’s challenge to the historic war memorial, ruling that:

(1) There is nothing in the statue's display or setting to suggest government endorsement; the twelve-foot tall statue is on a mountain, far from any government seat or building, near a commercial ski resort, and accessible only to individuals who pay to use the ski lift; (2) the statue's plaque communicates that it is privately owned and maintained: it did not sprout from the minds of government officials and was not funded from the government's coffers," (3) besides the statue's likeness, there is nothing in the display or setting to suggest a religious message. The mountain's role as a summer and winter tourist destination used for skiing, hiking, biking, berry-picking, and site-seeing suggests a secular context; the location does not readily lend itself to meditation or any other religious activity, and the setting suggests little or nothing of the sacred.

The court also held that the statue’s religious nature did not call into question the Forest Service’s primary purpose in renewing the land use permit, which was the preservation of a historic monument.

Our brief argued that FFRF’s suit was meritless because “the Memorial was not an attempt to “set the imprimatur of the state on a particular creed.” Salazar v. Buono, 559 U.S. 700, 715 (2010) (plurality). Rather, those who erected the Memorial purposed to honor the soldiers of the Tenth Mountain Division. Removing the sixty-year-old Memorial per FFRF’s veto would demonstrate constitutionally impermissible hostility towards religion.”

The anti-Christian FFRF is not backing down. They are vowing to appeal to the entire Ninth Circuit Court of Appeals. As they seek en banc review, we will be there to continue our fight to defend the U.S. Constitution, our American heritage, and the war heroes who erected this historic memorial.

The heroes of the Greatest Generation who fought to preserve freedom in the world do not deserve to have their memory disgraced by tearing down a war memorial replicating the Jesus statues that gave them hope and solace as they made the ultimate sacrifice for freedom.

In addition to this extremist attack on our nation’s veterans, FFRF has launched a new campaign to denigrate and destroy the chaplaincy programs at major universities.  This direct, anti-Christian assault on religious liberty on campus and the chaplains that provide religious mentorship to those who voluntarily desire it must not stand.

We’re preparing to send critical legal letters to these universities defending religious liberty against these unwarranted angry atheist attacks.  You can add your name to our letter below.