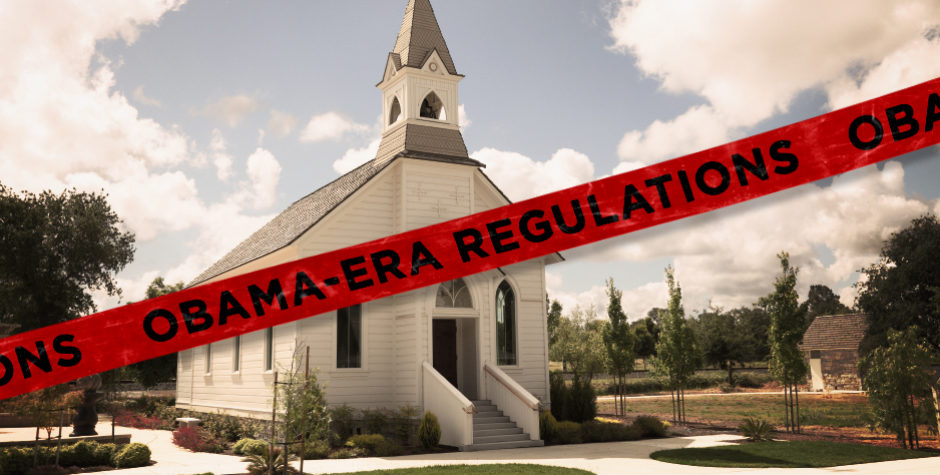 The Obama Administration made a number of regulatory changes that forced religious organizations and faith-based businesses to jump through extra hoops to receive federal funding or participate in federal programs.

Religious organizations are treated unequally. They’re being forced to post disclaimers and referrals to non-religious entities (similar to the forced speech disclosures we defeated at the Supreme Court for pro-life pregnancy centers).

Faith-based businesses and religious organizations do not deserve to be treated as second-class citizens. They shouldn’t be forced to submit to a separate set of rules because of their faith.

We’ve been battling back against this, and now the Trump Administration has proposed new rules – across 9 federal agencies – to end the discrimination and protect religious liberty.

These new regulations would prevent the DOJ, HHS, Departments of Education, Agriculture, Labor, Homeland Security, HUD, USAID, and Veterans Affairs from ever discriminating against religious organizations and faith-based businesses in this way again – and include enforcement mechanisms against states that discriminate.

At the ACLJ, we’re filing formal public comments in each of these new rules to protect religious liberty. But we need you to take action with us.