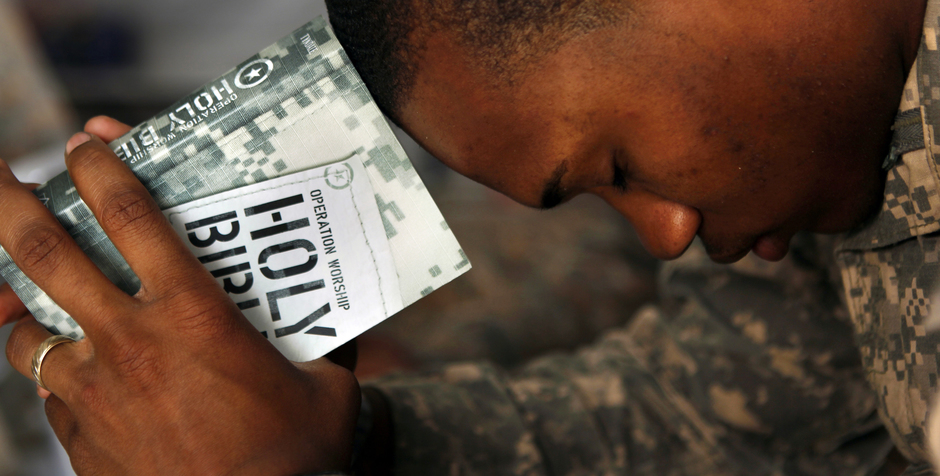 It's absurd. Now they're trying to ban the Bible from displays honoring veterans.

A vitriolic group which views the Bible as a symbol of “religious oppression” has forced three Veterans Affairs (VA) hospitals and a military base to ban the Bible from “Missing Man” displays.

“Missing Man” displays honor our MIA and POW soldiers with a special table containing symbolic items, including a Bible – which represents “faith” and our “country, founded as one nation under God.”

Yet extremists call Christians “monsters who terrorize” and constantly attack the religious liberty of the brave men and women in our Armed Forces.

This insult to our soldiers must end. We’re fighting back, sending a critical legal letter to the VA. Take action now.

Petition To Stop Banning the Bible From Veterans Displays

To the Department of Veterans Affairs:

Honoring the faith of our soldiers doesn’t violate the Constitution. Don’t ban the Bible from “Missing Man” displays.