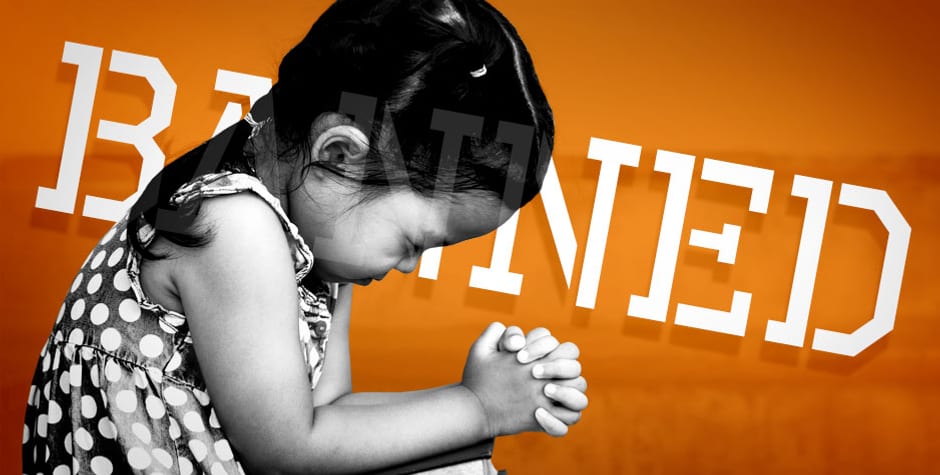 Their Christianity is treated like a virus. The Bible is banned; they are called out in class for expressing their faith; the cross is treated as contraband. Bible clubs are banned or ostracized by school officials.

One little elementary school girl was banned from drawing a picture of Jesus, had her Bible confiscated, and was instructed she could never even mention her faith at school. A little boy was repeatedly threatened with punishment for doing book reports on Bible stories.

Almost daily, we are contacted by the parents of Christian students who are facing blatantly unconstitutional discrimination.

We’ve spent decades taking on these cases – even all the way to the Supreme Court – and winning. But as the threats increase – Christians denied admission to college and even banned from publicly praying – we need you.

Religious liberty is the cornerstone of America, and our children are its future. The Bible, prayer, Christian faith – it’s all under attack in our public schools. We won’t tolerate it.

Stand with us to protect religious liberty at school.

As we battle to defend Christian students facing growing harassment – Bibles banned, threatened with punishment – we need you. Donate today.