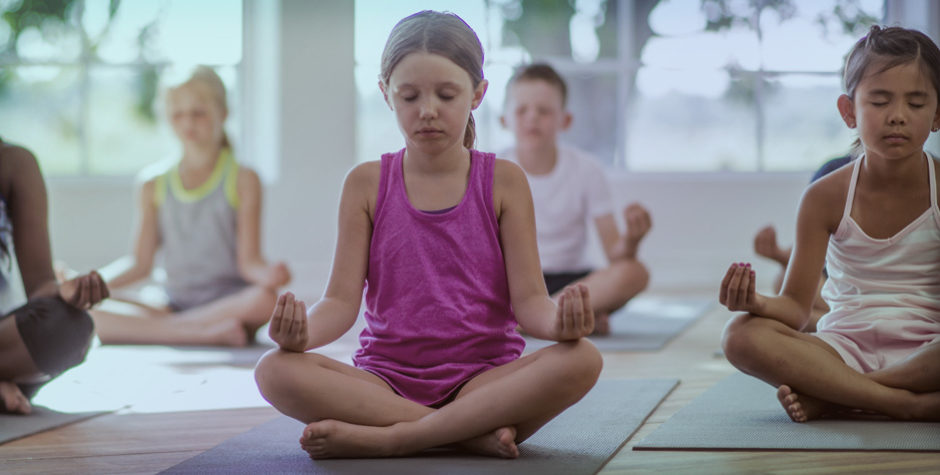 Buddhist Indoctrination Update: Achieving Victories as We Expose the Intent Behind “Mindfulness” Programs in Public Schools

We recently made you aware of the widespread trend sweeping the nation wherein public schools incorporate Buddhist-based mindfulness practices into the everyday curriculum of elementary school age children.

We’ve been contacted by parents of elementary, middle, and high school students from over a dozen states. Some students are required to participate in as many as three meditation or mindfulness sessions each school day. Some sessions last 3 minutes; others last approximately 15 minutes. Most of the programs – Mind Up, Inner Explorer, Calm Classroom, and Mindful Schools – include audio recordings encouraging children to empty their minds or watch their thoughts float away on a cloud. Other audio recordings encourage children to be one with the universe.  In conjunction with these audio recordings, some schools have incorporated Buddhist art and craft projects, encouraged the use or oracle cards, and printed t-shirts of the school’s mascot assuming a Buddhist pose.

The ACLJ has taken on the religious indoctrination of school children in the practices of Buddhism – sending demand letters to schools across the country to educate them on the religious nature of the practice and the application of federal law and to demand that these schools cease implementing these compulsory mindfulness programs.

In response to our demand letters, we are happy to report several victories. Following receipt of the ACLJ’s demand letter, one elementary school has agreed not to implement any mindfulness program into the everyday curriculum. Another school is currently re-evaluating the program. And several teachers, upon learning of the undisputable religious connection between mindfulness and Buddhism, have ceased using the curriculum and practicing mindfulness in their classrooms.

In other cases, the schools are stubbornly refusing to listen to constitutional reason. The two common misnomers cited by schools in defense of the decision to implement and keep the mindfulness programs is that (1) there is no real connection between mindfulness and Buddhism or other eastern religions, and (2) the program produces positive outcomes across education such as better concentration and increased test scores.

The ACLJ has been quick to educate the schools on these issues. First, while mindfulness proponents staunchly deny that mindfulness has any real connection to Buddhism, many experts find the connection to be irrefutable.  As one expert explains, mindfulness is part of the eightfold path of Buddhist awakening. Simply put, it is the gateway to meditation. Mindfulness meditation is to Buddhism what prayer is to Christianity. “A simple change of vocabulary” is being used to remove overtly religious references to Buddhism from the mindfulness school curriculum so that it cannot be recognized for what it truly is: the practice of Buddhism and a violation of the First Amendment.

Indeed, mindfulness proponents have been caught on tape admitting the religious connection. Goldie Hawn, for example, (founder of MindUp), insists to the outside world that the mindfulness programs implemented in public schools are purely secular. During a presentation at a conference in 2013 at The Dalai Lama Center for Peace-Education, however, Hawn told her audience that “we have to be able to bring contemplative practice into the classroom under a different name because obviously people that say ‘meditation’ they think of this is ‘Buddhist.’” Once again, in an interview, another proponent of mindfulness describes such programs as “stealth Buddhism.” In this same video, proponents of mindfulness purportedly laugh at their intentional deception and boast that these Buddhist teachings transform students “whether they want it or not.” Similarly, the developer of Calm Classroom (another public school mindfulness program) admitted that his foundation has attempted to “strip out the chanting of OM and mantras and the use of Sanskrit” and remove other overtly religious references to Buddhism in order to make it more palatable for the public school system.

Second, while proponents of mindfulness claim there are numerous secular benefits related to mindfulness practices by young and impressionable children, the benefits are speculative at best and do not make the practice any less religious. As one expert on this issue notes, there is “abundant scientific research [that] demonstrates that religion and spirituality promote physical and mental health and learning. Studies of prayer, for example, report benefits similar to those of mindfulness. But we wouldn’t integrate prayer into a public school curriculum. In the end, appeals to science can’t simply speak religion away.” Finally, the research on the effects of meditation and mindfulness practices is wrought with inconsistent data and includes disturbing reports of adverse or negative effects.

The ACLJ will continue to engage school districts and public schools regarding this issue. We also just sent in a Freedom of Information Act (FOIA) request on this issue to the Department of Education over federal taxpayer-funded grants. We will keep fighting this.