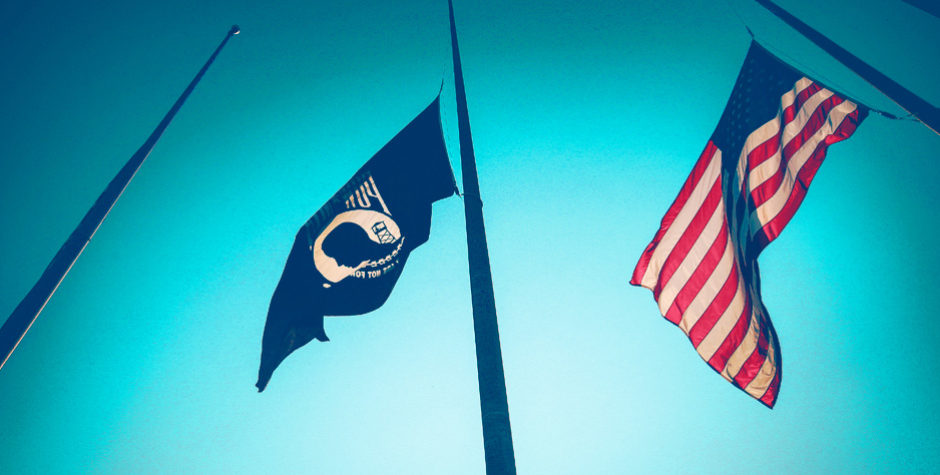 ACLJ Stands on the Law In Response To MRFF Attacks

I must confess that I am an unabashed fan of Yogi Berra. In his own inimitable way, he was a master at re-formulating the English language. He could encapsulate more common sense in one, often humorous, stream-of-consciousness quote than almost anyone I know of. My choice for today is: “It’s déjà vu all over again.” And so it is!

The so-called Military Religious Freedom Foundation (MRFF) is once again complaining about Bibles and POW/MIA displays—this time by complaining directly to the Department of Defense Office of Inspector General (DOD IG).

Back in April of this year, Attorney Donald G. Rehkopf and the MRFF sent a formal complaint to Rear Admiral Paul D. Pearigen, MC, USN, because a Bible and a bi-lingual placard were part of the POW/MIA Display at the Marine Corps Base Camp Butler in Okinawa, Japan. Oh my!

In response to that complaint, we sent a letter to Admiral Pearigen explaining why the passive presence of a Bible as part of a larger display with numerous non-religious items is clearly constitutionally permissible.

As you may recall, Admiral Pearigen stood firm against the MRFF’s fallacious demand to remove the Bible. He responded directly to Mr. Rehkopf and informed him that “the Bible and description of the POW/MIA remembrance table are consistent with DOD and DON guidance and with the Constitution.”

That should have put the issue to rest! But, no, that was too much to hope for. Mr. Rehkopf and the MRFF have since upped the ante, so to speak, and demanded that the Deputy Inspector for Administrative Investigations in the DOD IG office initiate an investigation regarding the very same POW/MIA Display in Okinawa.

So, once again, in support of the Admiral Pearigens and other commanders in our armed forces seeking to faithfully carry out their oaths of office to protect and defend the Constitution of the United States against all enemies foreign and domestic, we have sent our own letter to the DOD IG (with copies to the Secretary of Defense, the Chairman of the Joint Chiefs of Staff, and the Acting General Counsel of the Department of Defense).

Our purpose, as always, is to educate DOD IG personnel on what the Constitution actually requires and permits vis-à-vis such displays and to refute the broad (though, admittedly, consistent) Constitutional misinterpretations of the MRFF and its supporters. The MRFF and its supporters grossly misunderstand what the Establishment Clause requires, and they too frequently interpret freedom of religion to actually mean freedom from religion.

As we have consistently noted in the past, under our Constitution, we recognize the MRFF’s right to hold and argue its positions—even when they are constitutionally unsound as they are with respect to the placement of a Bible in a POW/MIA display. Nonetheless, MRFF’s persistence in making such erroneous attacks on our military leaders is troubling on many levels. That is why we sent our letter to the DOD IG Deputy Director for Administrative Investigations in defense of placing a Bible as part of POW/MIA displays on military installations.

Military leaders at all levels need to understand what the MRFF’s agenda is and that they need not fear the MRFF’s frequent demands based on faulty understanding of the law, no matter how forcefully such erroneous views are communicated.

As you can tell, the purpose of our letter was not only to respond to the MRFF’s latest demands, but also to provide a much broader overview of the law governing these types of issues such that those in leadership would be better equipped to handle such matters in the future.

In our letter, we encourage personnel at DOD to deal with the MRFF and its attorneys from now on since that would free subordinate commanders in all services from having to respond again and again to the MRFF’s frivolous attacks.

Our letter to the DOD IG office is yet another example of why your support to the ACLJ matters. At the ACLJ, we don’t just talk about protecting the First Amendment rights of our soldiers, sailors, airmen, Marines, and Coast Guardsmen, we take action.

We stand together in support of our troops and their First Amendment rights.