President Trump worked to drain the swamp. Vice President Biden is announcing swamp creatures as his picks for positions in a potential administration.

On today’s Jay Sekulow Live, we discussed Vice President Biden’s swamp creature picks for his potential administration. His potential pick for National Security Advisor was one of the architects of the Obama Administration’s dangerous Iran Nuclear Deal.

These names that Vice President Biden is putting forward signal a return to Obama era failed policies. It is the end of America First and is the return of America Last. They want to go back to all the bad compromises of the Obama Administration. They want to rejoin international organizations with no changes at all, like the World Health Organization. They want to restore Deep State actors who were removed from the State Department under the Trump Administration, this time with even greater positions of power and authority.

ACLJ Director of Government Affairs Thann Bennett made the following point about members of a potential Biden Administration:

Personnel has always been policy and nowhere has that been more true than in the area of foreign affairs. Look, we saw in the Obama Administration what the appeasement strategy yielded. It yielded a terrible deal with Iran. If you put all of the same people, or people with similar views, back in the same places, that’s exactly the policy that you will get again. America Last, appeasement first.

Now, a lot of these positions would have to be confirmed by the Senate. Will a self-proclaimed Democratic socialist like Senator Sanders be appointed Labor Secretary, for example? If not him, would it be some other member of the Radical Left like Senator Elizabeth Warren? We could find out soon.

Where they are really tipping their hand is foreign policy. Tony Blinken has been announced as Vice President Biden’s choice for Secretary of State. That’s someone who has been around the Washington swamp for a very long time. He’s also worked for CNN. The Biden team also announced picks for two other roles: U.N. Ambassador and National Security Advisor. The U.N. Ambassador would be Linda Thomas-Greenfield, who was removed from the State Department under the Trump Administration as part of the efforts to combat the Deep State. The National Security Advisor would be Jake Sullivan, one of the architects of the disastrous Obama Administration nuclear deal with Iran.

If this is emblematic of the team that Vice President Biden is putting together, then the work of the ACLJ will be more important that it has ever been before.

The full broadcast is complete with much more analysis and discussion by our team about the announced roles in a potential Biden Administration. 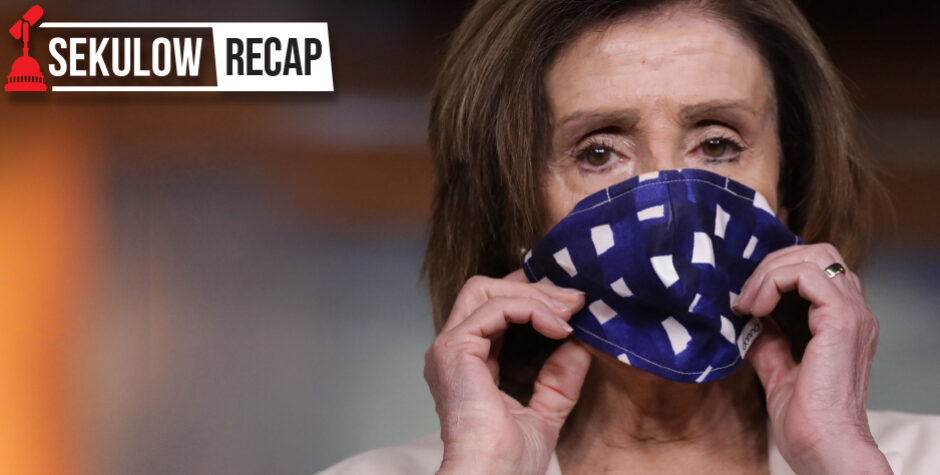 Political hypocrisy is on display in our nation’s capital. Today on Sekulow , we are discussed the massive political hypocrisy currently on full display in Washington, DC. One such example is Senate Minority Leader Chuck Schumer’s past threatening statements on the steps on the U.S. Supreme Court.