The Far Left is trying to grab even more power in the U.S. Senate.

Today on Sekulow, we discussed a massive power grab attempt by the Far Left in the United States Senate. They want to get rid of the Senate Parliamentarian who ruled that a $15 minimum wage cannot be part of a COVID-19 relief package

Here’s an interesting dilemma. If you get a ruling that you don’t like from a court, do you fire the judge? No, you do not get to do that. You have to take it up on appeal. There’s a number of other things you can do. However, if the ultimate decider of fact makes a decision that you don’t like, there’s nothing you can do about it. That’s the law.

The U.S. Senate has a parliamentarian. They are sort of like the judge when it comes to matters of procedure, Senate rules, and the like. The Senate parliamentarian is empowered to make rulings on questions of that type. I know you, as do we, all want a plan to be signed into law so that aid goes to Americans in need. Part of what is going on with the COVID-19 relief plan is that a portion of it has become a parliamentary battle.

That parliamentary battle is focused on whether the minimum wage increase of $15/hr for the entire country can be included in a COVID-19 relief package under the U.S. Senate reconciliation rules. The Senate parliamentarian has ruled that it cannot.

Another component in this 1.9 trillion dollar bill is an upcharge, more money, for abortion giant Planned Parenthood. How can that possibly be included in this?

ACLJ Director of Government Affairs Thann Bennett gave us his take on where this currently stands:

Let me address this parliamentary issue. We told our listeners weeks ago that this was going to be an issue. This was not a guessing game. This is a procedure and a revision that is not allowed under budget reconciliation. They decided to try to do it anyway. Just like we told our listeners would happen, the Senate Parliamentarian Elizabeth MacDonough ruled that it was not in order under the rules of the United States Senate.

We have Senator Sanders saying that the parliamentarian should either be fired or that the Senate should override her.

If they overruled her, and they left this $15 minimum wage hike in there, guess what would happen? Senators Joe Manchin and Kyrsten Sinema would not be in favor of the underlying package and the COVID-19 stimulus bill would fail. It would go down. It does not have the support in the United States Senate. So they’ve played this against themselves and once again, the COVID-19 stimulus package is in trouble.

As always we’ll keep you updated on this broadcast on the latest developments on Congressional action on the COVID-19 stimulus package.

The full broadcast is complete with much more discussion by our team on the state of the Far Left’s power grab regarding the Senate’s COVID-19 stimulus package. We were also joined by my son, Logan Sekulow, to talk about cancel culture. You can also check out the latest episode of The Logan Sekulow ReProgram where he talks much more in depth about it here. 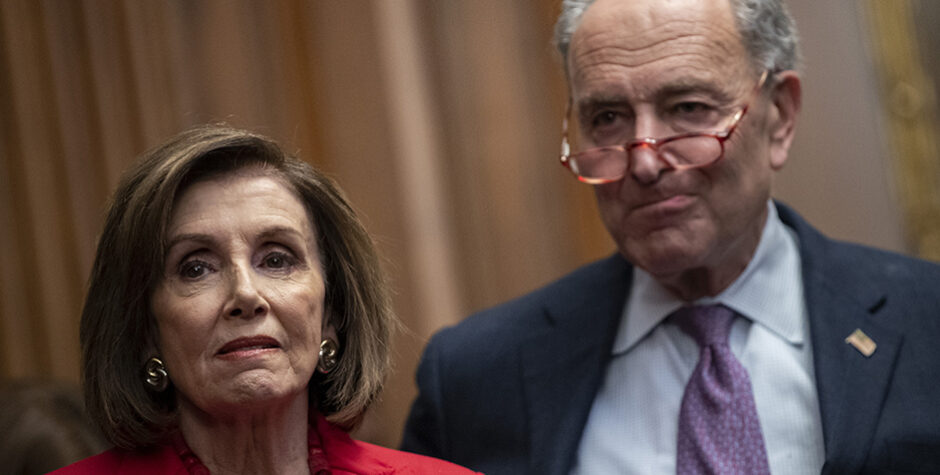 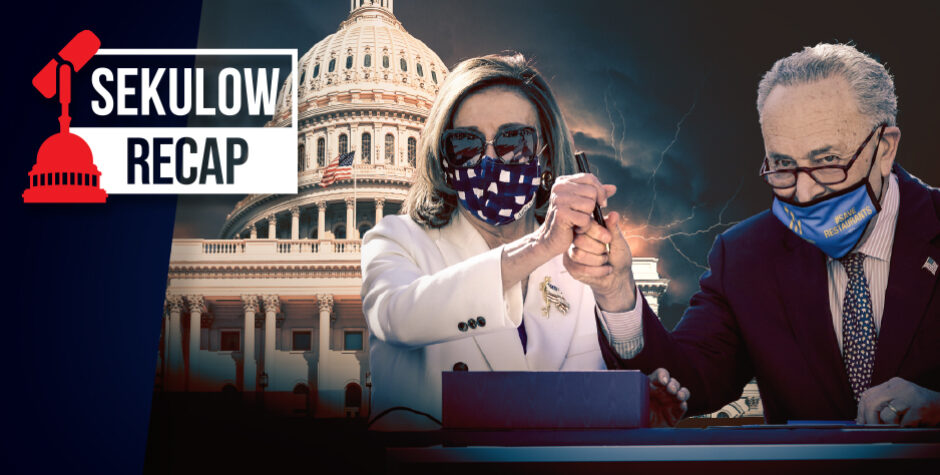