What Happens When you Ignore Genocidal Jihadists? | American Center for Law and Justice 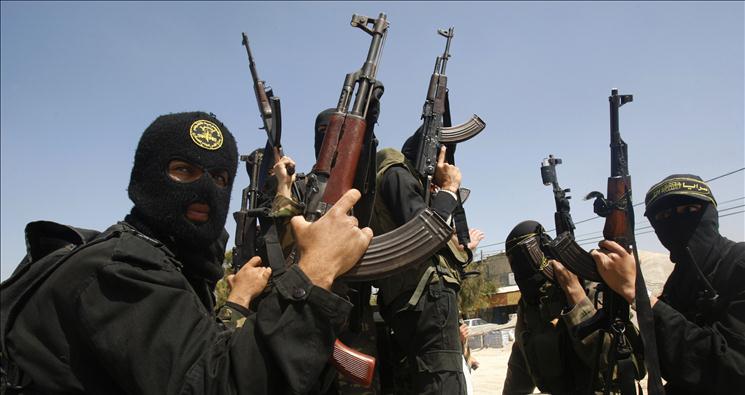 What Happens When you Ignore Genocidal Jihadists?

ISIS, the largest, most well funded and armed jihadist army we have ever seen, was very clear about their mission.

They gave Iraq’s Christians until July to convert or die.  Then they began slaughtering them en masse.

Now they have a message for America, you’re next.

As The Daily Caller reports:

The terror group — which changed its name simply to the Islamic State since conquering significant swaths of territory in Iraq and Syria — issued yet another violent threat against America, reports Reuters. In a message posted online Monday, the group warned: ”We will drown all of you in blood.” . . .

According to Reuters, ISIS has warned it will strike Americans “anywhere” in response to U.S. attacks against its forces.

This is not the first time ISIS has threatened to strike the United States and its interests abroad. In recent interviews with VICE Media, ISIS members repeatedly warned the United States that it was among its targets.

“I say to America that the Islamic Caliphate has been established,” Abu Mosa, a spokesman for ISIS, told VICE Media in one interview from the ISIS-controlled Syrian city of Raqqa. “We will humiliate them everywhere, [Allah] willing, and we will raise the flag of Allah in the White House.”

This is the same terrorist army President Obama referred to this way two years ago: “The analogy we use around here sometimes, and I think is accurate, is if a jayvee team puts on Lakers uniforms that doesn’t make them Kobe Bryant.”

What happens when you ignore Islamic militants with a clear objective like ISIS or Boko Haram as this Administration has done? Jihadist genocide.

The ACLJ and over 200,000 of our members are demanding action to stop the slaughter of Christians in Iraq, to stop this evil before it can attack America.  Sign the petition to stop ISIS and defend Iraq’s Christians from genocide at BeHeardProject.com.