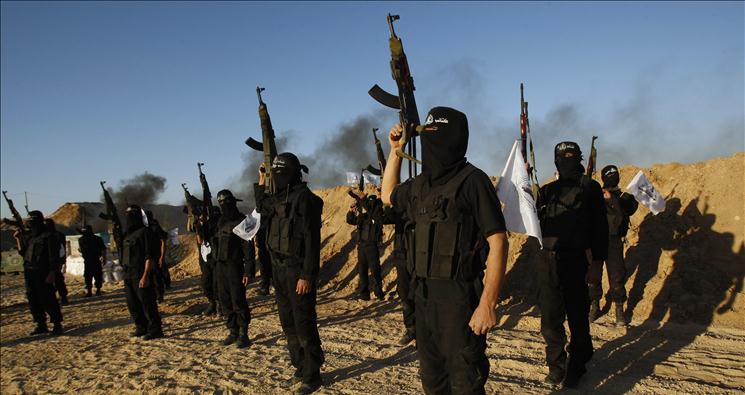 The Obama administration should stop sending taxpayer dollars to nations that embrace Islamic terrorism - nations that behave like adversaries, not allies.

Case in point: Egypt and the radical Muslim Brotherhood. The Obama administration recently agreed to spend an additional $250 million in taxpayer funds to send weapons to this increasingly unstable nation.

That's in addition to the more than $1 billion annual taxpayer giveaway to Egypt. The U.S. is putting highly sophisticated tanks and warplanes in the hands of terrorists - terrorists who are hostile to America and to our longtime ally, Israel.

Egyptian President Mohammed Morsi is a blatant and outspoken anti-Semite who calls Jews the "descendants of apes and pigs" and says that Egyptian children should be "nursed" on "hatred" for Israel.

The Muslim Brotherhood, the governing political body in Egypt, is widely recognized as an organization that inspires and supports terrorism and is affiliated with the terrorist group, Hamas. Al-Qaida's leader, Ayman al-Zawahiri, even has direct ties to the Muslim Brotherhood.

Egypt is now becoming not just a source of terrorists but also a launching pad for terror attacks; including deadly ones launched against Israel from Egyptian soil. And Egyptian terrorists were present in the 2012 Benghazi attack and in the recent attack and violence in Algeria. There also are credible reports that Egyptian authorities denied the U.S. direct access to a Benghazi terrorist suspect, a disturbing act from an alleged "ally."

Egypt has passed a Shariah-based constitution that restricts religious freedom and provides a legal basis for continued persecution of Egypt's embattled Christian minority. The government-backed persecution of Coptic Christians gets worse by the day.

The reaction from the Obama administration? Send Egypt hundreds of millions of dollars in high-tech weapons - 200 M1A1 Abrams battle tanks and some 20 F-16 fighters. The most recent shipment of four warplanes was sent to Egypt just weeks ago. Eight more F-16's will be delivered by the end of the year. The troubling fact is that the U.S. has become Egypt's major arms supplier.

This is not only dangerous to our national security, but it also represents an extremely significant threat to Israel. As Rep. Louie Gohmert, R-Texas, put it: "Friends don't send U.S. taxpayer-funded F-16s and tanks to the enemies of their friends."

Every new F-16 or tank delivered to Egypt is another weapon that can be used to consolidate the Muslim Brotherhood's grip on power. Every new dollar of economic aid buys the Brotherhood more time.

For President Morsi, this aid represents far more than a marginal increase in military and economic strength; it represents an American seal of approval and a stamp of legitimacy on his repressive regime. Every F-16, every Abrams tank is a propaganda victory for the Morsi regime.

Egypt still has a chance for moderation. After all, few things cure radical impulses better than the experience of radical rule, and the country does have a long recent history of peace with Israel. But moderation will be infinitely more difficult to achieve if we arm and aid its most dangerous enemies.

With Americans asked to tighten their financial belts because of the sequester, our government should withhold sending hundreds of millions in taxpayer funds to nations like Egypt, until we get proof - and that means actions, not just words - that they are a true ally. It's time we sequester terrorists.

And we don't need U.S. taxpayers footing the bill.

This article is crossposted at McClatchy.