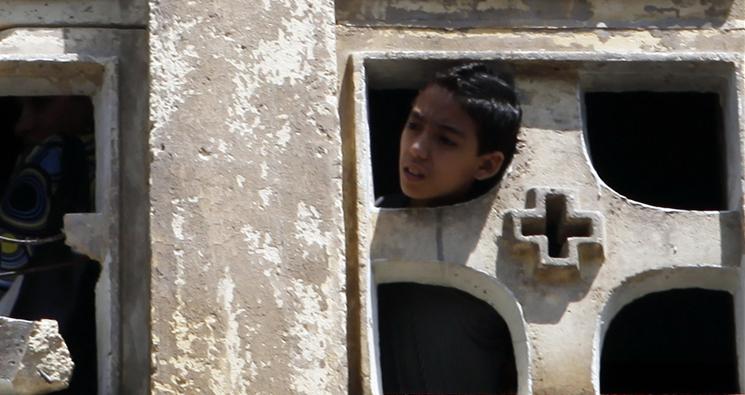 Victory for a Moroccan Christian Convert

We are glad to inform you that our client, a former Muslim from Morocco, has been granted asylum in the United States. Our client, Z, whose name has been kept confidential for security reasons, is a young Christian who grew up in a wealthy and strong Muslim family in Morocco. After his conversion to Christianity, he was attacked by radical Muslims and was stabbed multiple times. After losing a lot of blood and remaining unconscious for three days, Z was miraculously saved.

Z told the ACLJ that he was brought up in a “purely traditional Islamic way and had a burning desire since adolescence to be a good Muslim in the eye of Allah and to make his family proud of him.” At a very young age Z was sent to a Moroccan mosque to study the Quran for four years. However, Z said that “the more I tried to know Allah, the more I became afraid of him.” Z’s fear came to an end when he met with a Christian schoolmate in Europe. When Z shared Islam with this schoolmate, he says, “instead of being amazed and convinced of what I had said to her, she simply told me that she already has Jesus Christ, and she is scared of nothing.” Z started a comparative study of the Quran and the Bible. While studying the Bible, Z said, “the thing that struck me the most was that no one can ever be good enough to deserve God’s favor, to win God’s heaven, because from birth we are all pre-disposed to rejecting God and living our lives our own way. That’s why it was necessary for God himself to shrink into a human body and die on the cross, dying the death we deserve.”

Z left Islam and started secretly living as a Christian. In 2010, when he was attending a secret house church in Morocco and going to an internet cafe to fulfill his need to listen to worship songs and sermons, he was approached by four men as he left his house. The men surrounded him and said they knew that he had left Islam and dishonored his family and Islam by becoming a kafir (infidel). The men stabbed Z multiple times and left him for dead. One of Z’s neighbors saw him lying on the ground, bleeding. He took Z to the hospital where he underwent two surgeries. He gained consciousness after three days and thanked God for saving his life. Z came to the United States and contacted the ACLJ. Our legal team filed for asylum and within just four months, Z was interviewed and granted asylum. Z is currently attending a Bible school where he is continuously growing in his Christian faith.

In recent years, Morocco has been very unwelcoming of Christian foreigners and has expelled many from the country. And, just last year, at least 14 Christian converts were arrested in Morocco. In 2005, a Christian convert was sentenced to 15 years in prison.