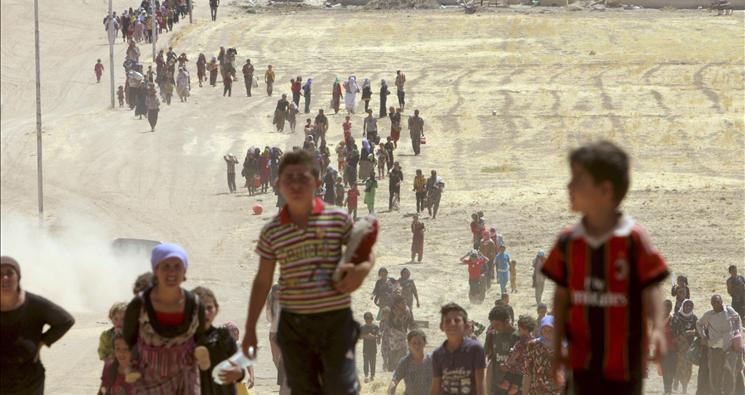 The unthinkable is happening in the Middle East.

The Islamic State, also known as ISIS, has rolled through Iraq, and they are brutal beyond imagining.

They've given Iraqi Christians an ultimatum: "Convert, leave, or die."

Christians are fleeing for their lives by the tens of thousands.

They’ve sought refuge in Kurdistan; but so far the Obama Administration has refused to arm the Kurds, and humanitarian aid is very slow to arrive.

There’s no excuse for delay. After the Holocaust, the world promised “never again.” Never again would it stand aside and watch genocide occur.

We have allies on the ground ready to protect Christians. Arm the Kurds. There are tens of thousands of desperate refugees. Flood them with humanitarian aid. America must declare to the world that it will not permit genocide of Iraqi Christians and other religious minorities.

With your support, we are able to fight for Christians in Iraq and persecuted Christians worldwide. We can't do our work without your help.