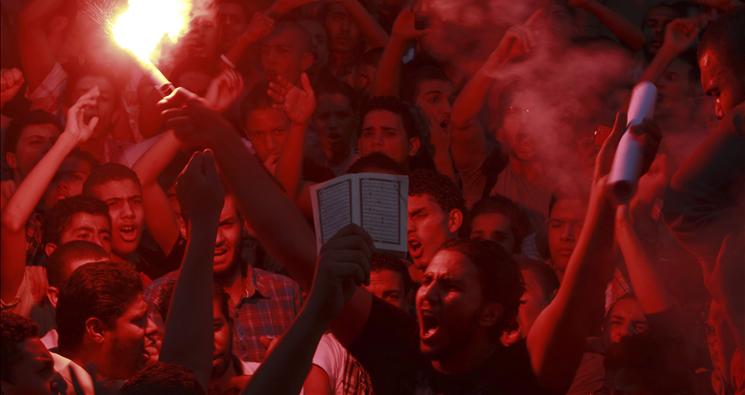 The Reality of September 12

The Reality of September 12

We have learned once again that in the Middle East, weakness kills. There is no amount of tolerance, understanding, or sympathy that will appease a Muslim radical, and the radicals will indeed see that tolerance as an invitation to strike. The attacks in Egypt and Libya on September 11 — of all days — are a brazen insult to Americans infinitely greater in magnitude than any insult to Muslims from a YouTube clip. They feel free to deliver such a blow because they perceive us as weak — and because we have paid for and enabled their own radicalism.

Unless and until we take extraordinary and decisive action, we can only expect the situation to grow more dangerous. Egypt’s government has yet to apologize. But why should it apologize if it can continue to equip its military on our dime while indulging and empowering its radical base? (By the way, I’m thinking we should stop using the term “radical” to describe a what is the majority mindset in the Middle East. In the Arab and Iranian Middle East, jihad is mainstream). And now the Muslim Brotherhood is calling for even more protests — at precisely the time when it should be rounding up the protestors, imprisoning them, and redoubling security around our embassy. At a minimum, we must cut all aid to Egypt unless and until they are once again an “ally” in word and deed.

The mainstream media attempted to sell the American public a fantasy in the last few years — that President Obama could “change the tone” and heal the wound in the Middle East with the force of his identity and personality. The concept was absurd from the start, and now the extent of their folly is being revealed in the midst of an election year.

Yesterday, I made the case for controlled and focused rage as the right response to September 11. The same principle holds true for today: Our enemies must be made to regret the day they killed Americans and attacked our embassies.