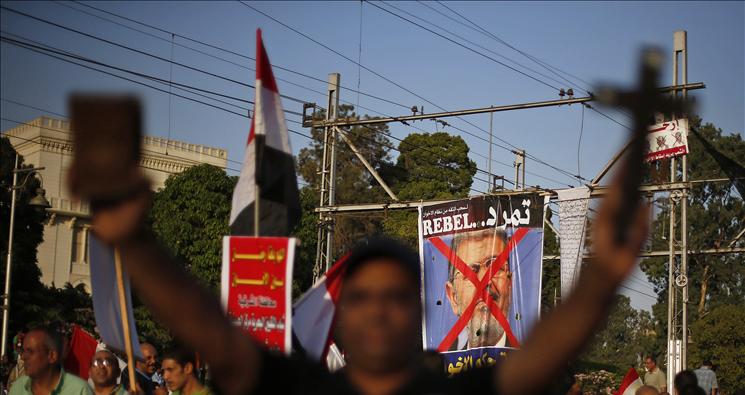 Backing the Muslim Brotherhood in Egypt?

President Obama called Egyptian president Mohammad Morsi to reaffirm his support for … no one.  He told the Muslim Brotherhood leader of Egypt that “the United States is committed to the democratic process in Egypt and does not support any single party or group."

Yet, his actions belie his words.

The Obama Administration has chosen sides.  Since Morsi and the Muslim Brotherhood began their reign of terror in Egypt – increased persecution of Christians, Shariah law, millions taking to the street to protest – the Obama Administration has steadily increased funding.  Not just any funding mind you, but President Obama is sending tanks, F-16 fighter jets, and billions and billions of our tax dollars in military aid to Egypt.  The Administration has also dropped any preconditions on that funding, going around the will of Congress and the American people to remove human rights restrictions on the Egyptian government.

Now, the Obama Administration is only threatening to cut off that funding if Egypt’s military takes action, action the military claims is necessary to protect the people of Egypt from the Muslim Brotherhood.

President Obama is propping up the Muslim Brotherhood’s grip on Egypt even as millions take to the streets to protest Morsi’s authoritarian rule.

It is another example of President Obama’s utter failure of leadership on foreign policy.

While President Obama hides behind the mantle of democracy – a laudable principle to be sure – you must ask yourself is this the will of the Egyptian people?  Did they ask for increased persecution, radical Islamic laws, and authoritarian rule?

The Egyptian people voted for change they could believe in, but instead got a regime bent on pushing a radical agenda.

Sign the petition to stop sending our tax dollars to the Muslim Brotherhood.