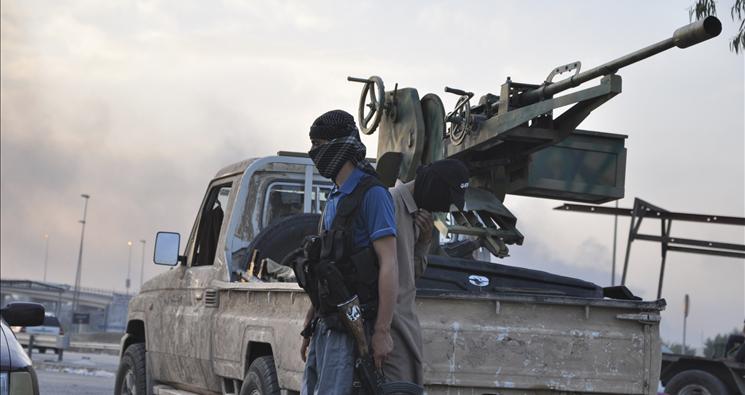 ISIS, the worse-than-al Qaeda terrorist group tearing through Iraq, is one of the most heinously brutal terrorist organizations we have ever seen.

The radical Islamic terrorist organization has unleashed well-documented terror, mass murder, and destruction over nearly one-third of Iraq.  Yet, lost in the headlines is the threat of these radical Islamic militants against Christians.

The Christian Post has a roundup of just some of the horrific reports of ISIS violence against Christians emerging in Iraq:

Assyrian International News Agency reports that the Sunni group ISIS – also known as the Islamic State of Iraq and the Levant – has gone on a rampage, looting and burning government buildings, raising its black flag and burning churches throughout Mosul, the capital of the Nineveh Province.

Men from ISIS, an offshoot of al-Qaeda in Iraq that was formed last April, have bombed an under-construction Armenian church in a Left Bank neighborhood near al-Salaam hospital, the agency says, adding that the Church of the Holy Spirit has also been looted.

ISIS has warned all women of Mosul, including Christians, to wear the Islamic veil, and have set up checkpoints throughout the city to implement the warning, the agency adds.

Militants have entered Christian areas near Mosul, and have occupied the Assyrian village of Qaraqosh, according to World Watch Monitor. They have also entered the St. Behnam Monastery, it adds.

Christians are now fleeing these areas in droves.

We’ve seen ISIS and other terrorist groups wreak havoc on Christians in Syria over the past few years.

This bad-to-worse situation in Iraq is only going to get much, much worse for Christians.  The Obama Administration’s failure in Iraq, snatching defeat from the jaws of victory, is just one more example of this Administration turning a blind eye to the growing global epidemic of persecution of Christians.

President Obama’s philosophy is clear.  He isn’t making the defense of Christians from rampant persecution a priority.  Nor is he making defeating terrorism a priority.  He said today in his press conference on ISIS and Iraq, you don’t “play whack-a-mole wherever these terrorist organizations may pop up.”

That pretty well sums up the President's response with Boko Haram, ISIS, and radical Islam in general, and it’s a policy that is allowing Christians to die.