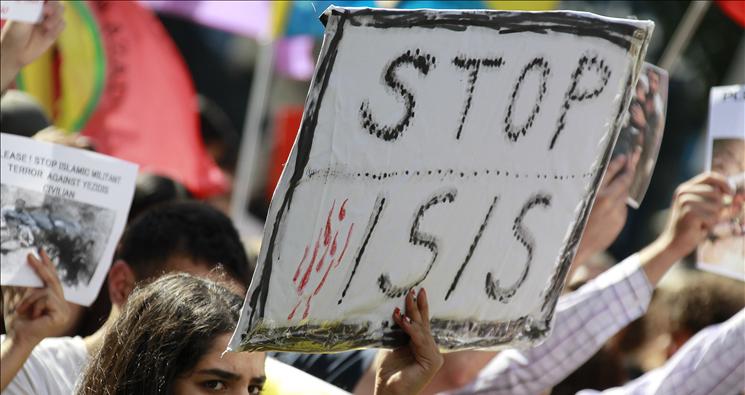 Added to the direct threats on Pastor Saeed’s life are reports that ISIS has targeted and beheaded an American Christian journalist.

Pastor Saeed again expressed fear about continued threats on his life from both ISIS terrorists and al Qaeda members from within the prison.

At the same time, the world is reacting to the heinous and barbaric beheading of an American Christian journalist by ISIS.  ISIS has released grotesque video of the beheading of photojournalist James Foley, who has been held captive by ISIS terrorists since 2012.  ISIS is also threatening to murder another captured American journalist as a message to America.

Foley had publicly expressed his Christian faith.  After a previous period of captivity in Libya, he wrote an open letter to the community of his alma matter, Marquette University, expressing how prayer got him through his time in captivity.  Foley wrote about how he and his fellow captives prayed together:

I prayed [my mom would] know I was OK. I prayed I could communicate through some cosmic reach of the universe to her.

I began to pray the rosary. . . . And it helped to keep my mind focused.

Clare [a fellow captive] and I prayed together out loud. It felt energizing to speak our weaknesses and hopes together, as if in a conversation with God, rather than silently and alone.

ISIS is the most brutally horrific terrorist army we have ever known.  They are targeting Christians for slaughter in Iraq.  They have already turned their sites on America saying, “We will drown all of you in blood.”  Now they’ve beheaded an American Christian journalist to make a point.

In this context, Pastor Saeed’s fate is perilous.  Pastor Saeed has been forced to come face-to-face with ISIS jihadists in prison.  Each time he is forced to go into the prison yard, which he avoids when possible, could be his last.  Thus far his fellow cellmates have protected him.  But it is clear ISIS is looking to make a statement, to kill Christians and Americans.  These are not idle threats on Pastor Saeed’s life.

It is imperative that President Obama and Secretary of State Kerry recognize this threat for what it is.  ISIS is slaughtering Christians en masse in Iraq; it would not hesitate to murder Pastor Saeed in prison.

Iran has stated their opposition to ISIS, even arresting ISIS militants, but now they could allow these barbarians to murder Pastor Saeed.  We cannot allow this to happen.  We’re demanding action from the Obama Administration.  Pastor Saeed must be protected.  He must be brought safely home to his wife and children here in America.

September 26th marks two years of brutal, wrongful imprisonment for Pastor Saeed.  Thousands are planning to gather at prayer vigils for Pastor Saeed and the persecuted Church in hundreds of cities worldwide that day.  Learn more about these vigils and how you can attend or host one of your own at SaeedVigil.com.

Have your voice heard for Pastor Saeed and Iraq’s Christians by signing our petitions at BeHeardProject.com.

Please continue to pray as we continue fighting for Pastor Saeed and the persecuted Church worldwide.