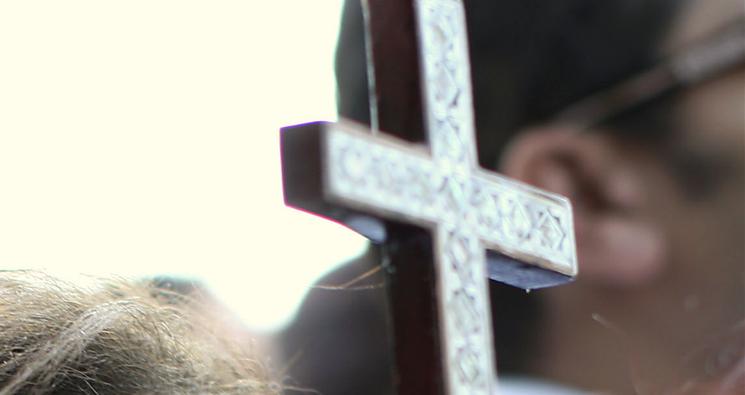 WH Jokes About Attacks on Christians?

The rampant persecution of Christians in Egypt by radical Islamists is devastatingly undeniable – nuns paraded through the streets, churches burned to the ground, Christians being murdered.

Yet, the White House has thus far been nearly silent.  Then yesterday the White House was directly asked about this disturbing situation: “With people being killed, Christians in particular being targeted, churches being destroyed, what’s the President’s red line in Egypt?”

The White House’s official response was “Well, I didn’t bring my red pen out with me today.”

The room was silent – not a chuckle from a single journalist in the White House briefing room – dead silence.

But where is the outrage?  Imagine if the White House had made a joke about violence in our schools?  Yet, Egypt’s Christian children are dying.

Christian persecution is no joke.