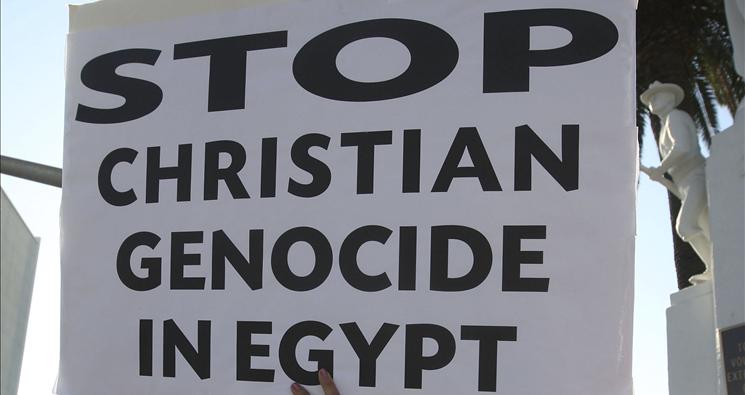 Numerous reports have emerged this week that the radical Islamic Muslim Brotherhood, that now controls the government of Egypt, has begun crucifying Christians in that country.

Middle East news media have reported that the Muslim Brotherhood has “crucified those opposing Egyptian President Muhammad Morsi naked on trees in front of the presidential palace while abusing others.” Those opposing the new radical Islamic regime include Christians, and experts have suggested that “extra brutality is reserved for Christians.”

The ACLJ just sent a letter to Secretary of State Hillary Clinton urging her to take action to stop this atrocity.

Recent news stories concerning what is currently transpiring in Egypt should cause grave concern to the Department of State, to the Obama Administration, and the civilized world in general. . . . It appears that secular Egyptians and Coptic Christians are at heightened risk. Such barbarity cannot simply be overlooked by the Government of the United States and the rest of the civilized world. The United States Government must condemn such actions in the strongest terms possible and must encourage other nations to do so as well.

The letter also urges Secretary Clinton and the Obama Administration to “cut off all aid” to Egypt unless and until Egypt takes decisive action to prevent further brutality and prosecute those who committed these heinous acts.

Christians in Egypt need our support more now than ever, as the radical Muslim Brotherhood continues to pose a grave threat to their very lives.

You can take action urging Secretary Clinton to condemn this atrocity and cut off funding for the radical Islamic-run Egypt by signing our petition here.